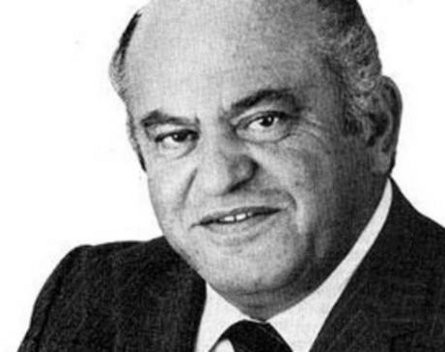 Here’s a question for all the trivia buffs out there in the tech start-up community.

Now, take a guess at what it was. Could have been the IBM Personal Computer, introduced in 1981? Or the original Apple II? Keep in mind the Macintosh was introduced in the US in January 1984.

Need a clue? Here’s the answer, from John Laws:

Let me guess – you said the PC, didn’t you? Kids these days!

For all the historical revisionism about the early days of the home computer revolution by both Microsoft and Apple, the early market leader was the Commodore 64.

Forget about nerdy high school dropouts in a garage. How it was that a Holocaust survivor, refugee and – later – US Army engineer managed to grow a typewriter repair shop into a calculator giant and then pivot it into the world’s largest computer company is one of the great business stories in tech history? It’s a tale told in Brian Bagnall’s book Commodore: A Company on the Edge.

So how did Jack do it?

At its peak, Commodore produced chips, manufactured cases at his metalwork shops, developed software, assembled computers, distributed those machines and retailed them. However, unlike ‘80s diversified conglomerates like Pacific Dunlop, all its attention was focused on a single industry (making computers).

In the early computer business, this meant he was retailing a computer for $US595 with heavy marketing, where his rivals were forced to charge over $US1000 just to break even.

Better yet, because he used in-house supplies and tight cost control, each computer cost just $US135 to make, so as his competitors dropped their prices below their cost price, Tramiel was still in profit. Where IBM and Apple brought computers to the classes, Commodore brought them to the masses.

Now, obviously Old Taskmaster isn’t telling you to run off and build a highly vertically integrated business and destroy all your competitors in an aggressive price war (as fun as that would be to do). However, when you’re looking at developing a long-term strategy for your businesses, there certainly can be advantages to vertical integration.

Just make sure all of the businesses are within your company’s core competencies, or else the loss of focus can be costly!