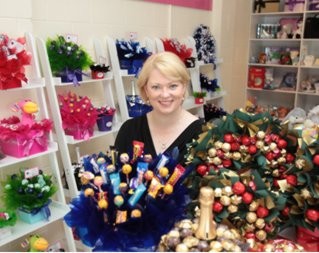 Chocolate bouquet business Lollypotz is to move away from franchising, instead concentrating its efforts on distribution centres, but insists its 25 franchisees won’t be disadvantaged.

Lollypotz, founded by Louise Curtis, supplies chocolate bouquets, hampers, baskets and gifts, which are ordered online, over the phone or by visiting a Lollypotz store.

Curtis launched Lollypotz in 2009 and there are now 25 franchisees across 40 territories in Australia and New Zealand.

However, Lollypotz has announced a major restructure of the company’s franchised operations, which will see the company move away from franchising as its core business.

Lollypotz has sought to rationalise many of its franchised operations into mainstream distribution centres in capital cities.

Around 60% of the company’s 38 franchised operations, run by 24 franchisees, are home-based – a model that has restricted the exposure of the business.

Existing franchises will now have access to localised support centres, which will offer same-day delivery to those areas not serviced by franchised operations.

According to Lollypotz, most of the existing franchises will operate around these centres.

The first of the distribution centres opened this week in the Sydney suburb of Alexandria. It replicates the company’s head office operation in Canberra.

The third operation of this kind is expected to open in Melbourne later this year.

According to Curtis, the restructure is the result of a change in marketing strategy late last year, which saw increases in turnover in excess of 40%.

“It was always something in the back of mind – that we really had to drive the SEO side of the business,” Curtis says.

“Basically, what we did towards the end of last year was make a commitment of a significant amount of money to be spent over the next three years.

“The change in marketing strategy… has meant that the company’s client base is stretching far beyond what franchised operations have been able to cater.

“Therefore, it requires the company to have a higher stake in those areas to ensure 100% customer satisfaction.”

Curtis said while she expects the franchising side of the business to slow, Lollypotz is not closing the door on franchising.

“Franchising has been an extremely beneficial and exciting part of our business,” she said.

“We have many highly successful franchises who we want to continue to support to grow in conjunction with the company-owned operations.

“We will consider any possible franchise opportunity in the future.

“But the opening of distribution centres is about long-term stability and security in terms of supporting both franchisees and the whole of the company’s customer base.”

Curtis said while the scope of the larger cities requires a significant investment in localised operations, the same cannot be said of smaller markets.

“We do not expect, for example, to be opening distribution ports in cities such as Hobart and Adelaide or regional areas such as Kalgoorlie where the business already has successful franchised operations,” she said.

Earlier this year, Curtis was selected as one of 10 businesswomen to participate in a study tour in Silicon Valley through the Women in Focus network, an initiative of the Commonwealth Bank.