The struggle to raise investment: Connect2Field’s Start-ups are Scary moment 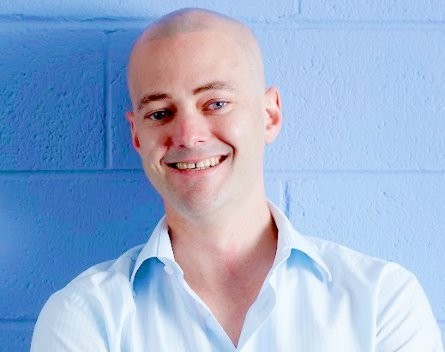 Steve Orenstein often thought about giving up on his start-up in the early years when he was living month to month, managing a growing software business as a team of one before he got the investment he needed to grow the business to a comfortable revenue position.

For the first three years he worked on his own, with a development team in India, to build and launch his field work job management and scheduling start-up Connect2Field.

“I definitely thought about quitting, often,” Orenstein says. “When you’re sitting there looking at your bank balance and wondering how you’d get through that month, you do think of all the other paths you could have taken, or could be taking.”

The major challenge for Orenstein was staying afloat while investing money in developing the software and time into selling new subscriptions, as well as looking after current customers as a one-man team.

“Software-as-a-service businesses often need funding to accelerate the growth to a point where they can survive and grow on their own,” Orenstein says. “Raising investment in Australia was definitely difficult. A lot of Australian investors didn’t get the value of software-as-a-service, and the potential of the cloud so raising was really hard.”

Orenstein says two things kept him going: a network of mentors and other entrepreneurs, and his customers.

“It’s hardest when you’re watching your friends who are making more money from the more stable paths they’ve chosen,” Orenstein says. “Maybe it isn’t going to work out, but spending the time with your customers allows you to keep pushing on further and further when you know about the impact you’re having.”

The breakthrough came in 2012 when Orenstein raised $650,000 from accounting software company Reckon and a group of private investors.

With more than three years in the market, Connect2Field had ample data to show how current clients were using the software and could demonstrate effective product market fit.

The investment allowed him to grow his team of three to a team of 20, with many of the new hires being in marketing and sales. Most of their clients were in Australia, the US and the United Kingdom, but there are hundreds of customers scattered across smaller countries as well.

“You have to believe there is going to be some hard times and you need to stick at it because you’ll get through it. People who aren’t successful are mostly so because they give up too quickly,” Orenstein says, adding the first few years were gruelling but he was sustained by the vision of what the company could be.

“I always thought this business could become big. I knew it worked across multiple markets, and I wasn’t going to give up until I got there.”

This story is part of our weekly Start-ups are Scary series. If your start-up has been through a tough time and would like to share what you learned with the wider start-up community, please get in touch:  [email protected]