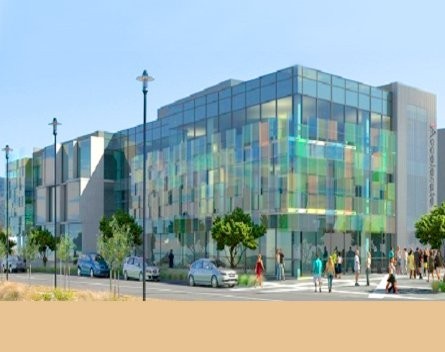 Construction has begun on a three-storey, 4000 square metre building to house up to 280 entrepreneurs.

The space will house mentoring and accelerator programs run by the University of Wollongong’s iAccelerate Centre, which has trained over 25 startup companies, creating 52 jobs in the region.

The university’s director of innovation and commercial research, Elizabeth Eastland, said in a statement that the centre could not be built soon enough.

“This is an exciting milestone and we will be eagerly watching progress on construction. The NSW Government’s support will significantly expand the growth potential of the iAccelerate Centre and this will flow on to a growth in jobs and a well-diversified economy,” Eastland says.

The university announced they had received $16.5 million in funding for the space in December last year.

At the time, University of Wollongong vice-chancellor Professor Paul Wellings said the building will play a key role in encouraging innovation in the area.

“The Illawarra is a region undergoing radical economic transition with the traditional manufacturing and heavy industrial base facing sharp employment declines. iAccelerate consists of a unique set of programs built around entrepreneurship, innovation and the ICT technology skills of UOW graduates.”

The funding comes from the Restart Illawarra Infrastructure Fund.