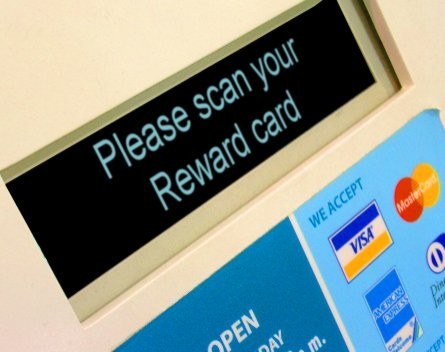 Consumers buy more from businesses with loyalty programs and choose businesses that have a program compared to those without, according to a study by Directivity and Citrus.

The study, For Love or Money 2013 Consumer Study into Australian Loyalty Programs, surveyed over 1000 Australian consumers and found 88% of those aged over 16 belong to a loyalty progam.

The study found 80% of consumers buy more from businesses whose programs they are a member of.

They also tend to buy from businesses which have a loyalty program versus those which don’t.

When faced with choosing between two similar products or businesses – one with a loyalty program and one without – 55% of those surveyed tend buy from the one that has a loyal program.

Less than half of those surveyed tend to feel more loyal to a brand whose program they are a member of.

“It’s our view that loyalty programs on their own do not engender loyalty, as there are many factors that influence loyalty, not just a program,” the report found.

Financial rewards rated as the benefits consumers want the most, with 80% of respondents rating discounts when making purchases as very important.

Points-based programs where members can redeem points for vouchers, products or other rewards were the second most popular benefit.

Supermarket Coles topped the list of local businesses which were doing a “particularly good job”, with its FlyBuys program, followed by Woolworths, Qantas, Myer and then Priceline.

Retail Doctor Group chief executive Brian Walker told SmartCompany retailers have to be good at what they do in order for loyalty programs to be successful.

“The loyalty program has to be more than just discounting, it has to have some form of value-add like a VIP program,” he says.

“We have also found customers were not dissuaded from dealing with a retailer if there wasn’t a loyalty program; it was more of a motivator if there was one.”

“Where loyalty programs tend to be most successful is where they are linked to other offers, so the customer gets broader value,” he says.

But Sarah Richardson, founder of Global Loyalty, disagrees with the study’s finding that loyalty programs can influence buying behaviour but don’t equal loyalty.

Richardson says these two are the same thing in terms of loyalty programs.

“Changing behaviour is creating loyalty as much as you can with products and services, it’s not a marriage or a relationship with a friend, it is still a relationship between a consumer and business,” she says.

“It’s about hitting a tipping point in a consumer’s behaviour when you become a preference for them.”
Richardson says SMEs can develop strong loyalty programs to compete with the big players in the market.

“It’s about being customer-focused and understanding your customers and what they want and building a strategy around that,” she says.

“Don’t be intimidated by the large programs, there are ways you can improve the loyalty of your customers and change their behaviour.”

The full study is available here.