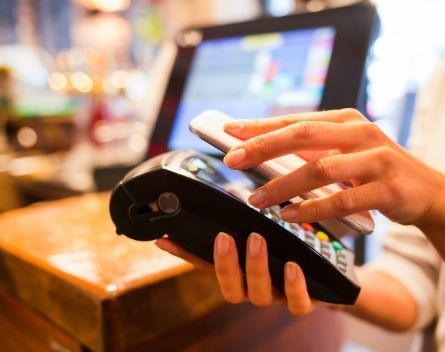 Samsung is nothing but persistent. Having lost 10% of its market share over the past year, it has reverted to doing what it really knows how to do best, which is to copy Apple. With a few tweaks of the specifications, Samsung has taken the iPhone 6 design and created the new Samsung S6, announced this week at the recent Mobile World Congress in Barcelona.

The problem Samsung faces with producing things that are largely copies of other products is that they basically aren’t that product. People will buy substitutes for an original product if it is substantially cheaper, but Samsung’s phones are at the same price point as Apple’s. Although the Galaxy S6 boasts a bigger screen and wireless charging, at best, these features may staunch the flow of existing Samsung users to Apple. It is extremely unlikely to tempt existing Apple users to switch to a Samsung phone.

Like the devices themselves, Samsung Pay follows very closely to the design and functionality of Apple Pay. The technology itself comes from LoopPay, a company Samsung purchased earlier this year. It broadens the S6’s tap-and-pay capabilities by being able to work with magnetic stripe readers in addition to those powered by NFC. The other major advantage of LoopPay, is that it will technically work with any card that carries a magnetic stripe and so doesn’t need the involvement of the issuing bank or organisation. This means that Samsung users anywhere could use the technology even though Samsung is going to concentrate Samsung Pay on the US market in the first instance.

The other unknown is whether Samsung will shut down LoopPay’s existing products that already work with Apple phones. Even though this is done by adding an external case to the iPhone, it does give Apple phone users the same capabilities of mobile payments.

Samsung hasn’t clarified when Samsung Pay will actually be available on their phones and whether it will need external hardware for it to work. Samsung may also be planning to make modifications to the way LoopPay currently works by “tokenizing” the card details – hiding the actual numbers and making the process more secure and less vulnerable to skimming devices.

The big question here, and this goes for Apple Pay as well, is whether the average consumer really cares about paying using a mobile phone rather than using their card. Even though the technology is relatively simple, it doesn’t offer the consumer a huge advantage over using cards. Plus there is the social awkwardness that is common to using any uncommon technology of explaining to people operating checkouts how the device works. Unless the technology is perfect, users will need to carry their card just in case, diminishing the benefit of having this capability on the phone.

Samsung has had tap and pay capability in both the Samsung S4 and S5, its two previous models. Neither phone saw significant adoption of owners using this technology.

Samsung has an additional challenge in that it is competing not only with Apple, but with Google. Google, like Samsung, is trying again with its own mobile payment system, Android Pay. This will work with the Google Wallet but will also allow banks to create their own wallets and payment apps.

Ultimately, the move to using mobile phones for payment will make the whole process more secure and less vulnerable to theft. The fact that this functionality will be available on a range of phones will help in driving general adoption.

Samsung is becoming increasingly desperate to stem its fall in sales as it competes with Apple at the high end and the Chinese phone companies at the cheaper end. Late last year it recycled a large number of senior staff in its mobile division and the S6 and Samsung Pay is the product of that change in strategy. Although both products are a significant improvement on their predecessors, it is still doubtful though whether it will be enough to reverse Samsung’s fortunes.