Could your Nest do with a little more Zen? Meet the Aussie startup building a simpler, smarter thermostat 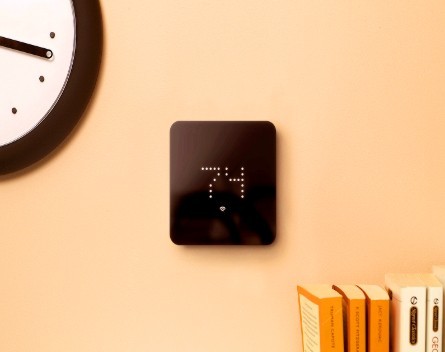 Melbourne-based startup Planet Innovation has raised nearly $50,000 on crowdfunding site Indiegogo in just days for a device called Zen, which it claims is the first thermostat that is not either “extremely unattractive” or “too complicated to use”.

Zen, a smartphone-controlled thermostat, is designed to work over Wi-Fi with iControl’s OpenHome Labs and other smart home systems such as Apple HomeKit.

Aside from being controlled through an app, the thermostat can be controlled with a touch screen on the front of the device, rather than through push-buttons. It features a minimalist design, and is attached to the wall using magnets, unlike other thermostats that are attached with screws.

While the device is likely to draw comparisons to Google Nest, Planet innovation marketing manager Roger Langsdon says it is likely to find a different market segment.

“I think Nest has helped to take thermostats out of the dark ages, but it’s gone too far and become too complicated,” Langsdon says.

“With Zen, it’s a simple design and the smarts are in the app, not in the device… There’s a whole market for people who want a beautiful thermostat, but who aren’t particularly technical. And Nest can be intimidating for them.”

Principal industrial designer at Planet Innovation, Ben Druce, told Private Media Zen aims to be “smart” in the sense that it is simple to install and easy to use.

“Another difference between us and Nest is the removal of a lot of the in-depth functionality. What we’ve done is present users with the bare minimum of what they need to do, and that’s control the temperature,” Druce says.

“It did come about independently,” Langsdon says. “We’ve been playing with home technology and other thermostats for around three or four years now, we ended up putting the two together.”

The crowdfunding campaign comes with most of the development work on the device already completed, with assistance from key staff from US-based firm MMB.

“The product is well developed at this point. Don’t get me wrong – the money will be useful in setting up the factory tooling for mass production – but we’re mostly using it for market validation.

“This is the easiest way of getting feedback quickly by putting it in front of hundreds of users all around the world in order to get feedback.”

Langsdon says he would like to see Zen available on a mass scale, with the device already attracting attention from potential channel partners in both North America and Australia.

“At the moment, we’re hoping to meet our target in the next few hours. For the team, it’s been an amazing journey. We finished in December and ship in January,” Langsdon says.