Crowdfunding could be a simple way to pay for science research 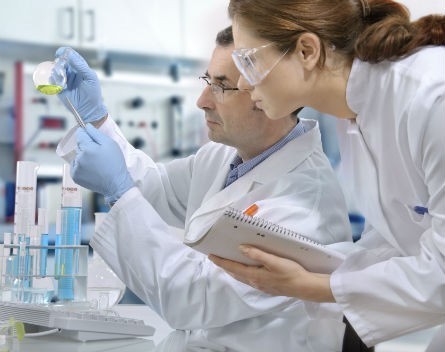 The outcome of science research benefits us all, but knowledge doesn’t come cheap. Crowdfunding – promoted by government incentives – may be the best way to meet these costs and garner greater awareness of scientific research priorities.

There is an ongoing debate on how to measure the amount of knowledge created through research. The traditional approach is to look at the number of published articles in peer-reviewed journals and work out the impact they have. How much does it cost to produce knowledge?

In 2012, the worldwide expenditure on scientific research and development was US$1.5 trillion, while an estimated 1.9m peer reviewed articles were published that year. This works out as a whopping US$790,000 per article.

This is a very rough and exaggerated estimate, since not all commercially funded research is published – and some research projects like space missions are extremely costly. Also, this estimate does not account for patents. But it’s an indication of how expensive science is and shows that there’s a market for it. Can we call this a market? I believe so. The average price of a car in the US in 2012 was US$30,000 and more than 10m were sold – this looks relatively cheap compared to the price of a peer-reviewed article.

So do we get value for money when it comes to knowledge? The likely answer is No, because in most of cases the scientific research market is an “oligopsony” –- a market with many producers (the scientists and research groups) but only a few or even just one formal consumer.

Society is the consumer, but the money to fund research is channelled through at most, a handful of funding agencies (often a single agency). This has the benefit of ensuring that money is divided up fairly between disciplines – but on the other hand, funding agencies may exercise their market power to actually spend as little as possible. Why? Because there’s no one else to offer a better deal to the scientists.

Crowdfunding has proven to be a good source of investment for many small projects and start-up companies as it allows the easy aggregation of small contributions from many individuals to reach a target. As science becomes more mainstream – who hasn’t heard of the Higg’s Boson? – the myth that science is weird and alien is being overturned. This means there’s more fertile ground in which to secure scientific funding through collective effort.

There are now many websites dedicated to scientific crowdfunding such as including Petridish.org, Experiment.com, and crowdfunding has successfully funded several projects – for example the first publicly accessible orbital space telescope, and a specialist pressurised flight suit. These are good models but the real funding vehicle is yet to come, after all these projects have budgets under US$10,000 on average and this sort of cash doesn’t go far in terms of science.

With a little government help

Clearly, this is where governments have to step in. Many countries have already benefited from governments having acted to remove monopolies and deregulate controlled industries in various markets. For example, air travel deregulation led to the boom in low-cost flights, while deregulating telecoms has seen a growth in services and providers.

In order for crowdfunding to actually involve the crowd, a government has to provide an incentive for funders, in this case its citizens. A great way would be to introduce science-funding shares – a sort of bond that could be issued by any research group for funding a specific research project, which could be tax deductible as an incentive. Of course, not all funding should be given to the crowd, but at least a portion of funding could be distributed in this way, with proper regulations and control.

There’s been a lot written about how crowdfunding can improve research outreach, and the extent to which the public understand research projects’ aims and motivations. But large-scale involvement of citizens also poses some interesting questions. For instance, there is little doubt that a country needs strong and well-equipped armed forces. But would the research and development of nuclear weapons be ever sanctioned for crowdfunding by the public? Probably not.

The world is growing more competitive – and science is taking on a more important role in today’s society. In order for countries to remain competitive, new approaches to stimulate growth have to be developed. In the many countries with dysfunctional central governments, crowdfunding could be the only way for citizens to impose their democratic choices.

The internet has radically changed most forms of communication, government and business – why not science and research funding too?