Growth, Running A Business From Home 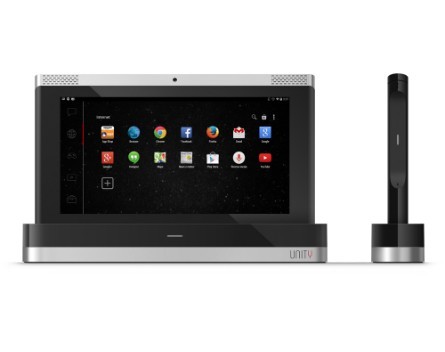 Vixtel, an Australian hardware startup co-founded by computer pioneer Terry Crews, is running an Indiegogo campaign for a pioneering new tablet called Unity, which combines the functionality of a desktop PC, laptop and phone into one device.

Although the venture launched in March 2009, Crews has had a long career as a hardware designer and entrepreneur, having worked on a pioneering laptop in the early 1980s known as Dulmont Magnum.

Crews told StartupSmart social media and the use of crowdfunding sites as a sales channel has helped level the playing field for Australian hardware makers against tech giants such as Apple, Samsung and Microsoft.

“Thirty years ago when we developed the world’s first laptop, we had the same situation. Back then, there was a lot of difficulty in communications and marketing a new hardware product,” Crews says.

“Advertising is now a lot more agile. We can use social media to drive sales and use our Indiegogo campaign to drive sales. While we have done little in the way of promotion, we’ve already had 37 sales through the [Indiegogo] site.

“We’ve had 100,000 Twitter hits in three months, [and] an average of six people on our website at any one time. There’s clearly evidence people are attracted.”

According to Crews, the Vixtel Unity is primarily aimed at small business customers rather than consumers, with one major corporate client already signing up to buy 1000 of the devices.

The company will also plan to approach retailers such as JB Hi-Fi once the device enters production, as bricks and mortar retailers remain a traditional supply path for many in the small business sector.

Although it will initially come with a price tag of $1000, it will cost less than purchasing a smartphone, tablet, desktop PC and desk phone separately.

Because the functionality is in a single device, Crews says it will also have a greater degree of integration between tasks than if a business were to purchase a number of separate devices.

According to Crews, because the device is based on ARM processors rather than Intel, Android and Windows was a better choice than Windows.

“The issue is that 98% of tablets run on ARM [processors] and Windows doesn’t – Microsoft has basically given up on Windows RT… It’s about using the best OS for the task at hand,” Crews says.

“The best smartphone operating system is Android, but it lacks spreadsheets, so to us it was logical to use Linux as the other OS.”

The design process for the Unity began late in October of 2013. The finished art and form factor of the device were created first, with the internal components made to fit the form factor afterwards.

“We design ourselves and manufacture in China. Then we debug ourselves, so it’s a fairly quick process. When we received our first board, there was only one change of track,” Crews says.