Currency, bitcoin and payments systems: How the concept of money is being redefined 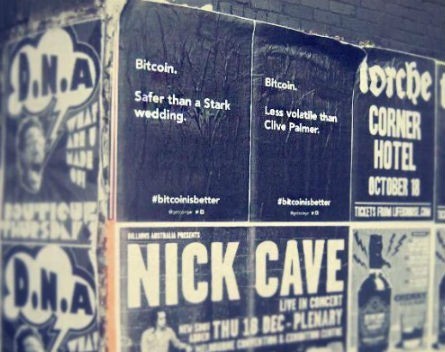 Innovation continues at a blistering pace across payments delivery channels of all kinds. Mobile payments in particular are booming, with Capgemini calling for 60% volume growth just in 2015 (by one count there are already more than 160 different mobile payments systems in the world).

Bluetooth LE beacons allowing “take and shake” (self-checkout) are on the way. Each of these innovations enables a payments experience that is faster, more convenient, and cheaper for consumers. But the next step in payments evolution may be less about how money is being delivered than in the kinds of money that are being exchanged in the first place.

Internet innovation is finally arriving at the very core of finance, in money itself. New platforms in development enable:

Money that is not limited by geography, device, bank account, or mobile carrier

The obvious point is that the internet is global, and those who remember the “AOL versus Compuserve” wars of the early days would note that these “walled gardens” quickly gave way to open, ubiquitous access across ISPs, email systems, and websites. Closed ecosystems will spring up but open offers should have the advantages of wider utility, availability and acceptance.

Money that fits into existing consumer and regulatory protection regimes

Technologists in Silicon Valley and around the globe are hard at work building many new kinds of internet-based money. While nearly all of these have no practical chance of landing in the real world of consumer protections and regulatory regimes, a select few can and will. Incumbents will not just be able to complain (as they did last week to regulators in Canberra) that these new forms of money are not fully compliant, because they will be.

The stewards of the world’s bank currencies have not covered themselves in glory in recent years, with QE (quantitative easing), devaluations, and genuine concern in some circles that the entire approach of “bank debt money” (money issued in the form of debt with no investment backing) may itself be nearing exhaustion. People forget that the flip side of everything from food to housing to healthcare costing twice what they did 10 years ago is that the denominator in those trades, the money itself, has not done its job. Money that is fully backed by investment assets, by contrast, can resume its role as a sound place to store value, and holding it would not just be an exercise in watching its purchasing power decline.

Fidelity recently surveyed 10,000 “millennials” (Gen Y) in the US and the results are an eye-opener: fully 43% of them said they’d be happy to use non-bank money issued by a brand they know and trust. Money communities are springing up around “affinity groups”: one major “green” organization, for example, is planning to issue a currency backed entirely by investments in solar farms and sustainable agriculture, and another group is planning a “women’s currency” supported by women-friendly investments across the globe. The reasons people will choose these new forms of money have nothing to do with what country they happen to live in.

Money that removes the middlemen between the participants in a transaction

One of the themes of internet evolution has been the elimination of middlemen, yet many payments innovations are swimming against this tide by adding yet more middlemen (devices, cloud systems, merchant account aggregators) as workarounds to legacy processes.

The end points in a transaction, whether they are two users or a user and a merchant, may naturally feel they should have the final say in what happens to that transaction, after all it’s their relationship and not really anyone else’s business. One side-effect of the secure cryptography at the phone enabling these transactions is that it instantly opens a direct, private communications channel that can be used to exchange information about the transaction or as a way for a merchant to deliver an intimate and personalised purchasing experience.

The opening salvos have already been fired in these new “currency wars”. Bitcoin is proving that even an anonymous currency that is slow, complicated, and not backed by anything can gain traction. Starbucks and Amazon have led the way by issuing their own currencies, and Starbucks CEO Howard Schultz says its currency already accounts for 10% of their total US revenues.

(Interestingly, he also said they are lobbying other merchants to accept its currency, which would have important implications for other brands wanting to elbow their way into these revenue streams with their own brands).

And those who may worry that central banks will somehow lose control of their money systems should rest easy: the Reserve Bank wrote last week in a submission to a Senate Inquiry that it was “hard to envisage circumstances where digital currencies would have any significant implications for the Bank’s ability to conduct monetary policy”. So the next phase of these new currency wars can be fought where the battle should be taking place – in the qualities of the money itself.

Here are some of the questions you might be asking as you pull together your digital currency strategy:

1. What are your objectives?

Do you want to extend your corporate brand, cement loyalty, and understand customers better? Are you an investment manager who wants to attract sticky assets under management? A content provider that wants to charge $0.02 to view the next web page? Digital money is programmable to accomplish each of these goals, so clarifying your objectives is the first step.

2. What are the right issuance and governance rules?

History is full of examples of money systems with the wrong macroeconomic underpinnings, but also examples of systems that operated successfully for decades or even centuries. It may seem arcane but these fundamental issues may govern the long-term success of your strategy.

3. What flexibility do you require?

Full control of the brand experience should be a minimum, but important considerations such as integration with existing loyalty programs need to be explored.

4. Should your issuance platform be independent?

Digital currencies by their nature have much less “attack surface area” than sprawling legacy payments systems that rely on “perimeter defense” to exclude any malicious bad actors. But digital currencies bring their own set of unique security requirements that must be thoroughly understood and provisioned from architecture through to processes by experts in this domain, supported by independent end-to-end threat and risk assessments.

6. What line do you want to draw between your company and the highly-regulated world of financial services?

A hosted platform that handles all regulatory concerns for you at arm’s length might be the safest option.

If the brand, regulatory, and integration issues can be correctly understood and managed, putting this evolution in the “too hard” bucket and leaving the field of innovation and customer engagement to others may not end up being the wisest choice.