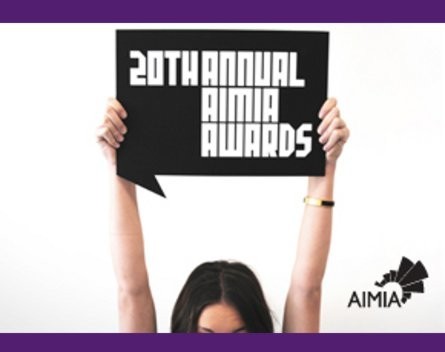 Digital agency Cypha is the only start-up to scrape into the 20 companies nominated for the digital industry’s AIMIA awards.

Over 170 companies entered 32 categories of the awards, coordinated by the Digital Industry Association for Australia.

Judging chair Paul McCarthy says the number of entries, the largest yet for the competition, was testament to the scale and breadth of the growing digital media sector.

Video and social entries in particular continued to grow, by 38% and 10% respectively. Tablet entries also skyrocketed, with a 50% increase in entries this year.

Cypha, launched in February 2013, is a finalist for a tablet app and also best use of video.

Creative partner Alex Christian told StartupSmart their experience in larger agencies for over 10 years helped hone their skills and raise their expectations for their creative work, but he’s glad they headed out on their own.

“We became a bit frustrated with how digital projects were handled in big firms. It was too difficult to make great stuff happen fast. We realised the best environment to do digital well was a small one and we were looking for a better way to reach our potential,” Christian says.

He says despite the steep learning curve of running their own business, they’ve loved being able to have a broad range of challenges each week, adding that the biggest challenge has been building up their team from two to seven.

“Staff has been a very difficult thing. We’re a start-up with a limited budget, so we don’t have the ability to hire the best of everyone. This means we invest a lot in finding the right people, and nurturing their potential to the next level,” Christian says.

They’re currently working with five clients. Christian says they have plans for modest and sustainable growth in 2014.

They’re hoping to develop the team to 10 people by December, but are wary of rushing after big teams and workloads.

“We’re not looking to grow more than 20. If we were going to get bigger, we’d probably open up another office, because anything bigger gets too heavy,” Christian says. “The first year was about establishing ourselves, and now we’ll be getting out there and defining our reputation.”