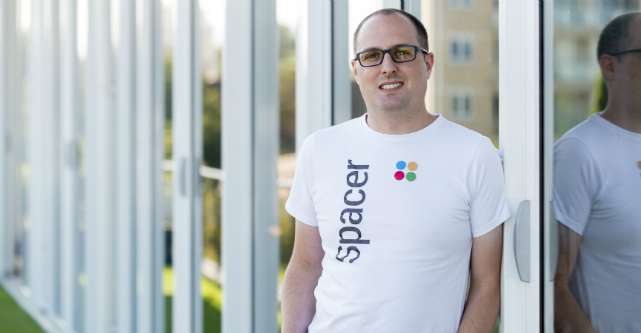 It was during a “Disneyland for a tech nerd” holiday to Silicon Valley that DealsDirect co-founder Michael Rosenbaum found his next passion.

The co-founder of the largest online-only retailer in Australia had taken six months off for research and family time, and was on the hunt for inspiration for his next startup – and it was in the global innovation hub that he found it.

“I went to conferences, I met with founders and VCs and had a look at what’s new and emerging,” Rosenbaum tells StartupSmart.

“I fell in love with the sharing economy. The likes of Uber and Airbnb, they’re creating this rapidly changing consumer behaviour.”

He likens the emergence of this trend to when eBay first hit the scene over a decade ago, and couldn’t resist it.

What emerged from this inspiration was Spacer, dubbed Australia’s “Airbnb for storage”. The peer-to-peer and business-to-consumer marketplace launched in July last year and has since attracted more than 5000 members with 750 active listings and 15,000 site visits per month.

And world domination is on Rosenbaum’s agenda, with the startup recently partnering with Europe’s largest P2P storage provider Costockage, with an aim to crack into Asia’s $4 billion self-storage market.

The strategic partnership was easy due to a close alignment between the two companies, Rosenbaum says.

“They want to achieve similar things from the opposite end of the globe,” he says.

Unlike other storage platforms on the market, Spacer lets individuals capitalize on unused space at home including bedrooms and garages which they earn more than $1800 a year on.

“One of the key strengths of the partnership is it allows both of us to fast-track our growth and learnings,” Rosenbaum says.

In the search for the right business to focus on, he says that entrepreneurs should always be open to new and emerging trends.

“It’s just really trying to find out what it is that I’m going to be passionate about, that I can live and breathe for the next decade of my life,” Rosenbaum says.

A key part of this is self-assessment, he says.

“You’ve got to be true to yourself and do a bit of a SWOT analysis on yourself to find out your strengths and weaknesses,” Rosenbaum says.

And the other part is all down to instinct.

“Does it feel right?” he says.

“You really have to be passionate about what you do or it’s going to be really hard to get up in the morning and do it.”

While Rosenbaum continues to support new founders as an angel investor and non-exec board member of startups like Car Next Door, Spacer is now his main focus.

“Most startups are not overnight successes, it takes over ten years to germinate,” he says.

As a final takeaway, Rosenbaum reveals one of his key principles.

“The mantra I like to live by is ‘there is nothing new under the sun’.”