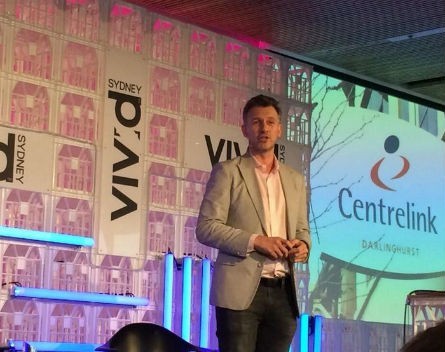 Dean McEvoy is something of a hero among Australia’s startup scene, having sold his second company, the daily deal site Spreets, to Yahoo! for $40 million. His current startup Icon Park, a crowdfunding platform for restaurants, looks to be a hit too, attracting considerable attention, including whispers of a TV deal.

Speaking at the Vivid Sydney Smart Money event, McEvoy recounted how in 2003 he was standing outside Centrelink waiting to go on the dole. He had an idea for an online restaurant reservation business, and had heard about the government’s NEIS program, which supported business founders with weekly income. Problem was he needed to be on social security to get it.

Next up he heard about the now-defunct COMET grant, but was told he needed patents to be legible. Again he got patents, just to “chase the money”. He even signed himself up to Australia’s version of Dragon’s Den, but that got axed before it went to air (thankfully, he adds).

In fact, Booking Angel, McEvoy’s first startup, didn’t get anywhere, but it took him five years to realise that it wouldn’t and that his priorities in getting cash had badly influenced his decisions.

It took a friend, co-founder at Eventbrite Kevin Hartz, to confront him about why he was doing it when after five years he still had no money or success.

Here is his seasoned advice for Australian startups:

1. Get the team right – that includes you.

2. Make sure you have product market fit.

3. Make sure there is an authentic connection between you and the problem you are trying to solve. If not, you’re likely to move on when things get tough.

4. Australia is not the best country in the world when it comes to government support for startups, but just get on with things. It’s good enough. Be successful in spite of it.

5. Governments need to get out of the way! At the same time, the government still thinks of Christopher Skase when it comes to entrepreneurs and treats them like criminals with its red tape. Move aside.

7. Don’t waste time on valuations when it comes to dealing with investors; take the money you need for 12 months.

9. Create something bigger than you. “Create a movement, not a business.”

And his last tip is for investors:

10. Slow decisions will mean you miss out.