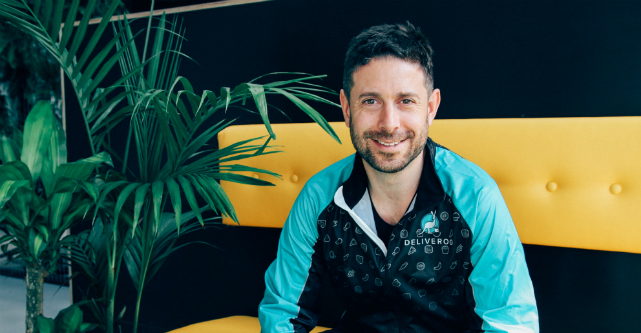 It is the fourth Australian city that Deliveroo has launched into, and coincides with a complete overhaul of the startup’s branding.

“We’ve been working hard in Australia and the growth has been fantastic. It’s a really good journey for everyone involved, and to be the 100th city is super exciting.

“We’ve had people on the ground in Perth for some time and everything has just been turned on. We’re excited to get out there.”

Deliveroo will initially be delivering online in inner-city suburbs in Perth before expanding wider, similar to how the company launched in the other Australian cities.

The food delivery market in Australia has become increasingly saturated and competitive, with Uber, Deliveroo and Foodora each taking a big chunk of the market.

Deliveroo recently closed a $361 million Series E round, bringing the total funding in the company to $623 million.

Due to the time difference in Perth and Deliveroo’s HQ being in Melbourne, the company will now also be offering later deliveries at night in its east coast cities, pushing its close time back to 12.30am.

Melbourne users will also be able to purchase alcohol with a food order.

The global tech company has also unveiled a complete design overhaul and new uniforms for its riders, with an aim to improve visibility and safety.

Aron says this redesign was made in order to fit the company’s expansive offering.

“The company has grown rapidly over the past three years,” he says.

“As we’ve grown we decided we wanted to develop a new look that stands out. Our riders work at night so we want to make sure they’re visible. The new brand is very fresh and very bright.

“It enables us to go across different mediums to do what we want to do best, to deliver the world’s best food delivery experience.”

While it’s hard to resist the urge to expand as quickly as possible, Aron says founders need to take their time and enter new markets when they’re ready.

“Expansion is something you need to look at really carefully,” he says.

“In startups it’s generally very exciting to quickly expand and then say you’re nationwide, but it’s important to slow that down and focus on what you’re doing.

“Start very, very local and speak to customers before you expand. You need to expand in a sustainable way.”