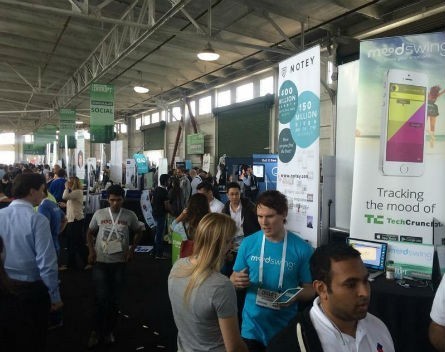 If you’ve gone through an incubator program, demo days are the culmination of months of hard work, the big reveal of what you’ve been working on to impress an investor network. A graduation of sorts.

For the elite incubators in San Francisco, the days are exclusive invite-only events and open to those who are active investors. For years now, Australian incubators have been holding their demo days both at home, before making the trip across to the US to do the same.

While their events have struggled to gain profile (these are not invite-only affairs) the opportunity to build on connections remains vital to the chances of many of them “making it”.

AngelCube is currently in San Francisco to kick off with a demo day Friday night, before heading to New York to do it all again.

The trip is also an opportunity for the startups taking part in its program to make connections, as well as get exposure to the broader startup community and culture. It is timed to coincide with TechCrunch Disrupt where they all have the chance to take part in the startup alley.

“The trip is about much more than a demo day,” says AngelCube cofounder Nathan Sampimon. “It’s about immersing the startups in the culture, and having them realise it’s more than just about having a big idea, but also about rethinking everything down to the way that offices are set up or how you do your work.”

To give insight into that, the startups spend some time working out of a number of successful tech companies, with a visit to Yammer on the agenda on the day I joined them.

Yammer’s offices sit above Twitter’s with an entire floor refurbished to be open plan, fun and cater to all their work – and food – needs.

A large industrial kitchen is filled to the brim with every conceivable organic snack and anything from Coke Zero to cucumber and kale juice. Lunch and dinners are made off the premises, but delivered and served fresh every day. And yes, there’s a ping-pong table.

There are break out rooms, standing desks, small meeting rooms, a band setup and a large communal kitchen. Where and how you work is really up to you.

As for TechCrunch Disrupt, the experience of standing shoulder-to-shoulder with other startups made the teams realise that it’s an even playing field.

The benefit of the event for most of the teams was the experience of pitching their startup over and over to hundreds of people and gauging their interest and listening to feedback. For a few teams it also meant significant new sign-ups, something precious to fledgling companies.

Late Thursday afternoon, pitches were being refined, rewritten and rehearsed.

This demo day is the most significant for many of them, pitching to a crowd of seasoned and skeptical startup people, here in the heart of the scene.

Bronwen Clune is in San Francisco as a guest of AngelCube.