Diagnosing the need for a medtech startup hub 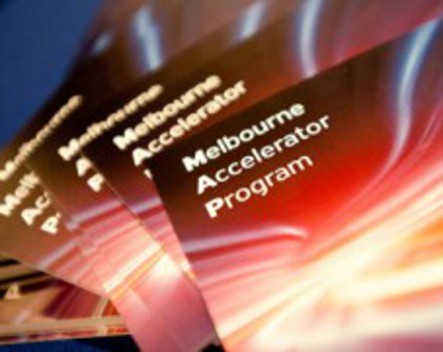 Melbourne leads the way in terms of medtech startups, with 40% of all ASX-listed biotechnology companies coming from the city, which also boasts nearly 75% of the country’s top biotech companies by market capitalisation.

Verma says it’s necessary to have a hub to bring all this innovation together.

“Innovation comes from many different places, but it’s important to have a home somewhere,” he says.

“It’s also important to have an ecosystem where people aren’t bound to a single location.”

“There are a whole lot of things happening in the medtech space right now, and there’s space for a medtech-specific home in Melbourne somewhere.”

Verma says he’s working on a hub that could help with funding, education and provide a forum for medtech startups, and hopes to open it within six months.

“The aim is to get these unstructured ideas to a point where they become structured and trained in how to pitch and present,” Verma says.

“It’s also to filter the hundreds of ideas into five or 10 fairly good ones.”

The barriers to commercialisation

Many successful startups focusing on medical technology have emerged from Melbourne recently, including the iAward-winning Eyenaemia, which can diagnose anaemia with just a photo of an individual’s eye.

Another is medical Internet of Things startup Clinicloud, and its founder and CTO Hon Weng Chong says a hub could help with the biggest problem facing the Melbourne medtech scene.

“We have some of the best innovators in the world, but what we’re really bad at is commercialising the technology, and that’s where the profits come from,” Chong says.

“Researchers working on ground-breaking, highly commercial technology need to meet, discuss and share findings with the engineers and business people who can take something from a petri dish into the mainstream.”

Speaking to the Australian Financial Review, MAP director Rohan Workman says the accelerator could help give more exposure to the city’s medtech scene and encourage more support from venture capitalists and governments.

“It’s a very good idea, and it’s something I’ve been championing for a long time,” Chong says.

“The question is how they’re actually going about doing it. It needs the right mentors and funding sources.”

According to Chong, the medtech accelerator could be a way to improve communication between different faculties, he says.

“My concern is that the medical faculty is usually not very keen or open to collaboration,” Chong says.

“We need more collaboration between the technologies coming from engineering, the business people and the medical people.”

Verma agrees, and says his own plans won’t be pitted against this potential accelerator.

“One thing I like about the system is we don’t see each other as enemies or competitors, there are always ways in which we can work together,” he says.

“The challenge we have is that next step of innovation and finding funding, and an accelerator could absolutely assist with that.”