Digital businesses: Your future is not an app 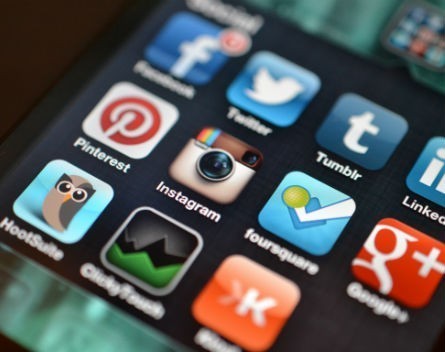 Your future is not an app, according to strategic futurist Marcus Barber who spoke at yesterday’s V21 Digital Conference in Melbourne.

Barber says everyone thinks the future is about apps but it isn’t.

“There are a million odd apps on iStore, a million plus on Android and there’s about 100 that are regularly used and the rest is just tinkering by kids in garages,” he says.

Instead of focusing on the current dominance of apps, Barber advises looking towards the future.

“If you are paying attention to the changes that are coming at you there is a fair chance you are going to be disrupted out of existence,” he says.

“Your future will always hold you accountable.”

Barber says entrepreneurs and SMEs need to avoid the hype and he identifies three factors that will lead to a digital company’s demise.

Firstly, the “myth” that constant activity is good.

“Activity is a distraction, it just uses up energy and is just believing that boredom is a bad thing,” he says.

“If you are busy surely that means you have to change your process.”

Barber says busyness just means you are failing to innovate your processes, products and services.

Secondly, Barber says there is a myth of talent in digital businesses.

He says it’s “bullshit” that you need the best people.

“A dysfunctional process will always trump intelligent, talented and passionate people,” he says.

“If you have high turnover of staff it is likely to be your process… when we talk about innovation, innovate your process.”

The third trap for digital businesses is mistaking connectivity for connection, according to Barber.

“This would be the biggest mistake, so many times we think it is about the bits and bytes of digital; it is about making a connection with real people,” he says.

“Keep in mind behind every digital move you make there is someone you want to reach out and touch.”

Speaking to SmartCompany after his speech at the conference, Barber says one way SMEs can make this connection is by collecting data from customers.

“You can allow your customers to embrace the relationship with your business,” he says.

Barber recommends asking questions such as what time of the day they come, what they buy, and what they have a preference for.

“You need to ask those questions from the word go,” he says.

“Ask permission of your customers: can we capture a few things about you and as an incentive we will give you 10% or 15% off or a biscuit when you buy a coffee?”

Barber says technology can be used by SMEs to do things more effectively but he recommends limiting outlays.

“Look at the clear outcome of what do you want your business to do first of all and then ask what tools might help me and then go out and buy those tools. You don’t have to have the full suite of things.”