Digital literacy in the developing world: a gender gap 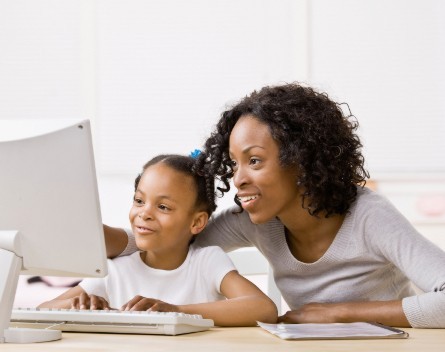 In the pervasively connected world of the 21st century, creating and sharing knowledge has never been easier. But the fact remains that many people still lack the skills required to access this information and an inequity gap is growing.

You know you’re from the ‘90s if you remember being disappointed when the CD’s leaflet didn’t have the lyrics to the songs. How else were you going to learn that damn line on track three?

For those of us with smartphones in our pockets, we simply Google the lyrics and voilà! The answer materialises in less than a second. Yet this is a privilege available only to those who have access to the internet and the means to use it.

Two-thirds of the world’s population do not have access to the internet, many of whom are women. These 4.6 billion people rely on the lyrics in the CD case to learn that song, assuming they have a CD player at all. This is a representative issue on the far side of the great digital divide between the technically literate and illiterate.

The benefits of digital technology can only be realised if people are empowered with the knowledge and skills to access and use them. In developing countries, women are 25% less likely than men to be online. This gap soars to 45% in regions such as sub-Saharan Africa. By way of comparison, in both France and the US, women’s internet use exceeds that of men.

Internet-based economic activity in India accounts for more than 5% of GDP growth. Without access to the internet, and the fundamental skills required to use it, women cannot benefit from the tools, resources and opportunities that the internet affords.

Bringing women into the mainstream of the digital revolution can empower them with access, information, choices and opportunities that they have never had before. Not just for themselves, but for their families, communities and nation.

But what might this look like? Being digitally literate means more than simply knowing how to operate a computer. Digital literacy means having the ability to find resources, critically evaluate and create information, and to do this by using digital technology. UNESCO considers it a necessary life skill.

Technology is knowledge and power

Digital literacy promotes democracy by giving access to a vast repository of knowledge. It also provides a platform from which to speak out and make your views heard.

An Iranian woman, for example, who posted a scarf-less photo of herself on Facebook, now has over 230,000 followers who are supporting her crusade of bareheaded subversion. These women want to voice their opposition to the compulsory hijab. Facebook gives them the means.

Social networking sites greatly increase women’s understanding of what is possible, giving them a powerful tool that can be used to change their situation.

For women in developing countries, the internet is an open doorway to tangible benefits; education and employment opportunities. According to Plan UK, an extra year of education increases a woman’s income by 10-20%. It is a necessary step on the road to breaking the cycle of poverty.

A number of worthy initiatives are underway to develop women’s digital literacy skills. The Women’s Annex Foundation was established to train women in digital literacy so they can create a viable economic model for themselves and their families.

The She Will Connect project, an initiative by Intel, is similarly committed to improving the digital literacy skills of women in developing countries. Intel recognises the role that technology plays in improving the quality of and access to education.

There is a recognised link between a woman’s level of education and the size of families. The more educated she becomes, the fewer children she is likely to have. With over-population being one of the principle difficulties faced by developing countries, digital literacy has the potential to give women access to education and the means to begin reversing the trend towards ever-expanding populations in the developing world.

The inequality of internet access around the world is compounded by where you live and your gender.

If you are a woman in a developing part of the world, you are likely to be coming up very short on access to the kinds of digital resources that are readily available elsewhere. This can make a big difference to the quality of life for your whole family.

The authors do not work for, consult to, own shares in or receive funding from any company or organisation that would benefit from this article. They also have no relevant affiliations.