Dimmi cooks up a storm with MasterChef partnership 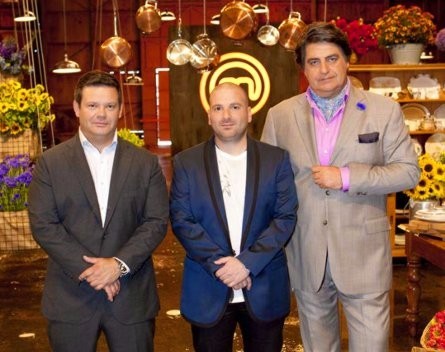 Founded in 2009 by Stevan Premutico, Dimmi is a real-time restaurant reservation and review website, which has partnered with more than 2,500 restaurants nationwide since its launch.

Backed by Telstra and Village Roadshow, Dimmi has entered into high-profile partnerships with Google and TripAdvisor, the world’s largest travel website.

The deal with Google allows Dimmi users to make restaurant reservations in Google Search and Google Maps for mobile, while travelers using the TripAdvisor website or app have access to real-time restaurant bookings.

Dimmi has now added Channel Ten’s reality cooking show MasterChef Australia to its list of partners, after revealing it has entered into a three-year exclusive agreement with Shine 360.

Shine 360 is the rights and brand management arm of Shine Australia, which produces MasterChef Australia.

Viewers of MasterChef Australia 2013 will be able to make real-time reservations at restaurants featured on the show using Dimmi’s technology.

Access to restaurant bookings via Dimmi will be integrated into the MasterChef website, which will act as a year-round online dining guide, allowing consumers to find and book restaurants.

Dimmi saw an opportunity to partner with MasterChef following a surge in demand for restaurants featured on the show, which Premutico has dubbed “the MasterChef effect”.

“What we were seeing was a spike in bookings for restaurants that went on air,” Premutico tells StartupSmart.

“As soon as they’re on air… on TVs across the country, the results are a pretty phenomenal uplift in demand.”

According to Dimmi, a number of restaurants featured on the show last year saw a 1,000% spike in bookings “literally within minutes”.

“This partnership will ensure a much better experience for viewers and for restaurants by helping them better manage this demand.”

Signing the deal with Shine 360 happened pretty quickly, says Premutico, who believes Dimmi has earned a name for itself by being “the number one player in the market”.

“There’s a track history here in terms of brand reputation, and the fact that Telstra and Village Roadshow are shareholders in the business [helped us sign the deal].”

Nick Love, managing director of Shine 360, said his company is “delighted” to partner with Dimmi and Network Ten.

“[This partnership will] extend the MasterChef brand and experience beyond the television program, linking fans of the show, masterchef.com.au and diners with the restaurants and their chefs that help make MasterChef Australia great,” Love said in a statement.

But Dimmi isn’t stopping there, with Premutico revealing the company is on the cusp of announcing another major partnership, although he refused to offer any details.

“The big one we’ll be announcing next month. It’s the big patty of them all – it’s taken us four years to wrap this one up,” he says.