Disrupting market research with a crowd gathered from Facebook 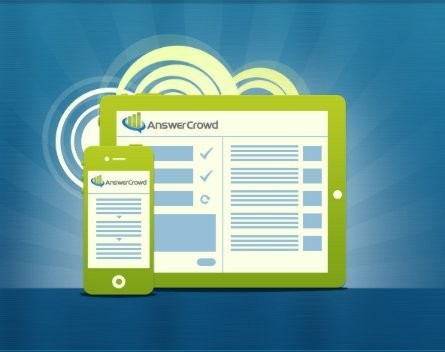 The idea for Daniel Martin’s second startup emerged from the conversations he kept having with the clients of his first startup.

“I started checking out the market research industry and how it was done,” Martin told StartupSmart. “I realised there was a business opportunity to cut out the research agency and I guess lift the veil.”

After developing his software for 10 months, Martin launched AnswerCrowd in December 2013.

The software-as-a-service platform lets businesses target their questions to particular demographics, locations and numbers. Once the business pays, the questions are sent out to AnswerCrowd’s community of over 7000 Australians.

“We kept it really simple, there are only two clicks to respond and it’s available on every platform so answers come in really fast, and the businesses can see them straight away,” Martin says.

AnswerCrowd will live or die by the quality of the crowd and the feedback its members provide. The critical mass of the first few thousand was recruited via a broad Facebook advertising campaign.

“We thought we’d have to advertise specifically to particular demographics to balance out the crowd, but we haven’t so far,” Martin says. “It’s skewed ever so slightly to women, who make up 53% of the crowd. And the geographical breakdown matches the population spread.”

The crowd is incentivised to answer the questions with each answer being worth a cash value the respondents can claim.

“We thought initially that we would absolutely need the money to keep people engaged, but that’s almost become secondary,” Martin says. “We’ve been impressed by how much people want to be involved in making the products and services they use better.”

The AnswerCrowd team of four are now working with clients from Bunnings to Ganache chocolates.

In late 2013, AnswerCrowd took on $400,000 in capital from an individual investor. Prior to the launch, Martin intended to bootstrap the startup.

“Originally I had no intention of taking funds. I wanted to grow it organically but decided the opportunity was too great to sit on my hands so I decided we should get a fund injection.”

The funds will go towards developing the sales and marketing team to bring on new clients.

They’re also hoping to grow the crowd to 200,000 by the end of the year, but are holding back from growing it immediately to ensure the diversity and comprehensive nature of their current cohort.

“We could double that in four weeks if we needed to but we don’t want to yet as we’ve got a decent cross-section of Australia at the moment so there is little need to grow that at the moment,” Martin says.