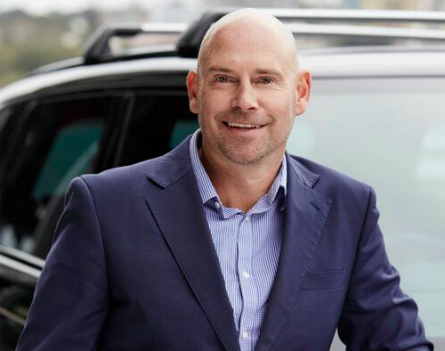 Parking finder startup Divvy has partnered with car sharing platform GoGet, opening up more customers for both and working towards their combined goal of making transport more efficient.

Divvy’s platform matches drivers with commercial parking space owners and managers who have unused parking spots in Queensland, Victoria and New South Wales. GoGet users share a fleet of over 2000 cars, which are parked in locations across Adelaide, Brisbane, Melbourne and Sydney.

The partnership gives GoGet cars access to parking spaces listed on the Divvy platform. Of particular value are those Divvy parks listed inside commercial buildings that would be otherwise unavailable GoGet. Divvy co-founder Nick Austin says the partnership also takes GoGet a step closer to its goal of removing its users need to return cars to their original space. Divvy’s technology will be used to  manage where GoGet cars are in real time.

“It’s a natural enhancement of what we currently do, looking at the management and booking of car bays,” he says.

“We’re a ticking and booking system to an existing asset. In our case it’s to car bays in building, which are predominantly office tours and business parks, and a bit of residential.

“GoGet has a client base of 65,000 continually growing, a really great service, so I can appreciate why it’s growing so quickly. On the vehicle side they’ve got over 2000 cars, which obviously that’s another 2000 bookings we have going on in our spaces.”

The partnership follows Divvy announcing it had closed a $2.5 million Series A round last month. Austin says the startup has grown its revenue by close to 100% over the last six months, and the amount of users joining the platform is growing at a significantly higher rate.

GoGet business development manager Chris Vanneste says the partnership improves access to its network for many of its members.

“GoGet is all about convenience,” he says.

“Our members want vehicles near where they work and live, so they can quickly and easily access them when they need to. By partnering with Divvy, we hope to scale our smart city solutions more rapidly, opening up further opportunities to help commercial property developers, owners and governments make our cities more connected and efficient for all residents and businesses.”