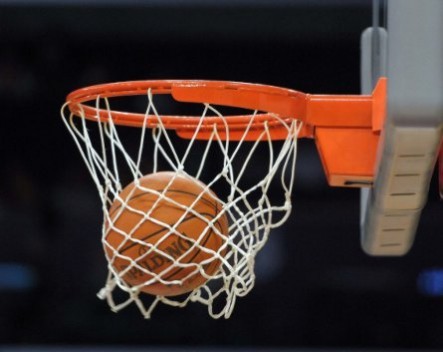 It’s that time of the year again, kids! That’s right, it’s Australian basketball season! The National Basketball League is back for another year!

What, you aren’t excited? You didn’t even realise it was on?

Sigh. I don’t blame you. Of course, it didn’t used to be this way.

Back in the ‘90s, Sonny Jim Crockett, they used to get capacity crowds at Melbourne’s Rod Laver Arena for NBL matches. Packed to the rafters, it was. It was televised live on Channel Ten too. Sure, there was no Michael Jordan, but it was live and local.

Now, there’s nothing on earth quite like a good ‘ole fashioned, spectator sport live. You pay your money. You then get to take a seat on the bleachers and shout at people you’ve never met over things that would normally be completely inconsequential.

After all, if you were walking along the street and some kid tried to throw a ball but had it blocked by some seven-foot tall punk, you’d probably shrug your shoulders and keep walking.

Put the same kid in a stadium and you’ll shout at them like they just purposely grabbed your late great-grandmother’s antique vase off your mantelpiece and smashed it into 1000 broken bits of family heirloom! “Learn to pass you #[email protected]%!,” you shout!

Of course, this rapid fire pattern of new teams, mergers, relocations and closures wasn’t just limited to the NBL’s heartland in the Dandenong/Knox/Nunawading/Ringwood/Waverley/Kilsyth area of south-eastern Melbourne.

It wasn’t even just suburban and regional teams either. At one point, the Melbourne Tigers pulled out. The NBL went a few seasons without the Sydney Kings. And, this season, there’s no more Brisbane Bullets – and exactly zero teams in Brisbane!

When the NBL started to run low on new Australian cities and towns to alienate, it even created a team in Singapore called the Singapore Slingers. The Slingers disappeared after exactly one season, bitterly disappointing both of its supporters.

Now, at the time, each of these changes made sense in the short term. You could probably even come up with a business case for each of them.

In the long term, it meant a string of teams that were gone within a year or two. Who on earth is going to invest their time, merchandise dollars or support into a team if – more likely than not – it will be gone within two years?!

Now, Australian basketball has made a spectacle out of randomly throwing things in the air and repeatedly dropping the ball. But there’s also a valuable lesson here for your business.

Make sure your customers feel like you’ll be around for the long haul and think about the long-term consequences of your business decisions. You want the type of customer who has as much invested in your success as you do.

Because doing business with you should feel like a slam dunk, not an air ball.