Don’t wing it by buying a business without research 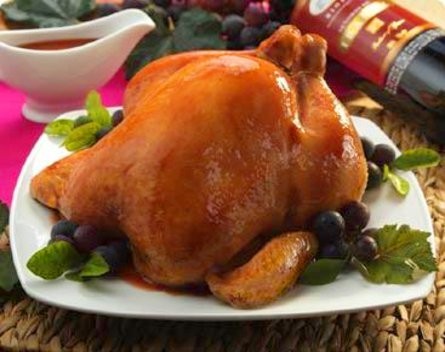 An old friend of the Taskmaster – we’ll call him John – was heading into semi-retirement. He was having trouble finding another full-time job in IT due to age discrimination.

So he decided to use the golden nest egg he’d saved for his retirement to buy a business. He traded his gold nuggets for the deep fried variety by buying a local neighbourhood chicken shop called the “Super Rooster”.

Recently, the Taskmaster decided to visit the store. It was a good opportunity to catch up with an old friend, get a feed and help a local small business owner earn some scratch.

It was lunchtime on a Saturday. The store should have been packed out like a factory farm henhouse. Instead, the shop was so quiet you could hear the faint hum of the neon lights outside the shop windows.

“The truth is I really got a really fowl deal!” John says.

“When I was looking to buy, the former owner gave me a whole heap of numbers: Revenue projections, estimated patronage. All of it as fake as a Terry Taylor fight. He even said there was no immediate competition – I’d have the suburb to myself!

“Of course, what this chickenhawk didn’t tell me was that a Red Rooster franchisee had just won council approval to open a store just down the road from my shop! That’s why he sold when he did! He knew this place was well and truly stuffed!

“Sales were reasonable for the first few weeks – until it opened. Then the problem wasn’t that they began eating my lunch – the problem was my former customers didn’t!

“When I bought this place, I was worried I’d be running around like a headless chook when I retired. It turns out I’ve just had my savings plucked – then been slowly oven roasted by the competition!”

John was in a world of trouble. He looked like he’d just laid an egg. And it all stemmed from the fact that instead of researching his business before buying it, he decided to wing it.

All he had to do was read some of the local papers to know the former owner was the lead NIMBYs protesting against the Red Rooster down the road. And just sitting in this place for five minutes – hearing the hum of the drink fridge with the out-dated ’80s Pepsi-Cola logo uninterrupted by the sound of paying customers – made it obvious this was not the world’s busiest takeaway shop.

By not doing his research, he didn’t realise that instead of being sold a viable chicken shop, he was sold a turkey.

Are you thinking of buying a business? When the former owner says it’s viable, don’t just take their word for it. Do your own research! Count the customers! Phone the suppliers! Research the competition! Take note of anything that doesn’t quite add up! Ask the former owners why they’re selling a successful business that’s making money!

Otherwise you could be stuck with a paltry – or should that be poultry – future, like John.