Dropbox partnership to drive diversity in startups: “Unless we do this the business is not successful” 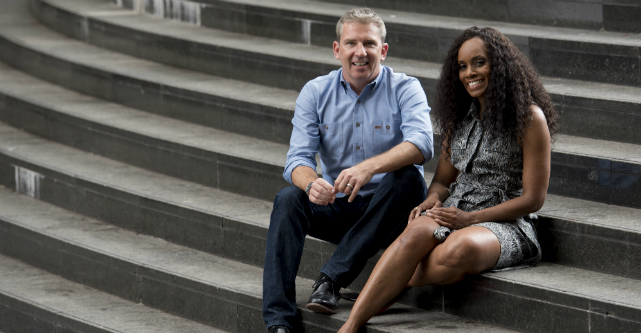 When a Melbourne-based social enterprise reached out to the managing director of Dropbox APAC they asked him one simple question: “Why is diversity important to Dropbox?”

Diverse City Careers (DCC), an organisation helping women pursue IT careers, were so impressed with Charlie Wood’s answer and the startup’s workplace that they decided to team up with the global cloud storage firm in order to combat the lack of women in the tech sector.

Wood says his answer to that one question stemmed from his past experience in launching a startup and his previous work at Salesforce.

“Diversity is important to us because in order for us to have an environment where we get the best talent and retain it we have to be a diverse workforce,” Wood tells StartupSmart.

“It’s not just doing diversity for diversity’s sake. It’s about having an environment that is flexible and accommodating so that the right talent can thrive in the right environment.”

According to internal statistics, only 19% of Dropbox’s technical team are female – a 7% increase from 2014 – and women make up 21% of its senior leadership. Nearly 60% of the startup’s global team are white.

Wood says this needs to be improved.

“Our customers are diverse so we need to be an organisation that’s reflective of that,” he says.

“Unless we do this then the business is not successful and I haven’t done a great job as a leader.”

The partnership will see DCC and Dropbox working together to promote diversity and raise awareness of this issue in the startup world through educational events, campaigns, webinars and free resources.

A lot of consideration and effort goes into picking which organisations DCC partners with, co-founder Valeria Ignatieva says.

“We’re committed to supporting diversity in companies and we only promote organisations that are doing really great things,” Ignatieva tells StartupSmart.

“Dropbox certainly falls into that category.

“We spoke to staff members at Dropbox and it was really evident that everyone could be themselves. It’s really inclusive – what Dropbox has provided is an ideal environment for anyone.

“It’s about showcasing where the awesome companies are.”

For Wood, diversity has always been a central consideration when building out Dropbox’s operations in the region.

“It’s something we’re doing as part of our overall strategy of building the business out here,” he says.

“We need to make sure we’re pretty deliberate and specific about the kind of organisation we build. We want to hire the best talent and make sure that we get the kind of people that will help us with the longer term vision about what we can do.”

This has played a part in all of Dropbox’s strategic plans in Australia, down to how the workplace looks and feels.

“We’re making sure we have a welcoming and diverse environment,” Wood says.

“We’re a very mixed bunch of backgrounds and origins but we need to make sure we’re diverse from a gender perspective.

“This partnership helps us consolidate the work that we’re doing and validate it.”

Diversity in the startup sector

Diverse City Careers was launched by Ignatieva and Gemma Lloyd at the start of last year, and works to help women pursue “rewarding careers, particularly in sectors with high gender inequality rates”.

This includes the startup sector; an area which Lloyd says is improving on the issue, pointing to the Victorian government’s recent emphasis on having gender equality on boards.

“Startups are getting better and it’s fantastic to see LauncVic get a board with 60% women,” Lloyd tells StartupSmart.

“It’s a great message that they’re going to be investing in this issue and starting with a really diverse board.

“The fact that it is being spoken about is really important. We need those role models and to see what other women are achieving – it takes away that intimidation factor.”