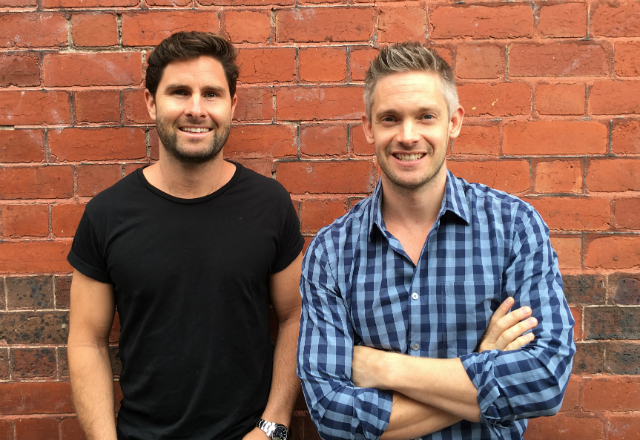 For Melbourne startup Peazie, securing funding  from some of the biggest names in its industry was all about assembling the key ingredients in its business recipe.

The promotions and audience conversion platform has closed a third round of funding, bringing its total investment to $2 million across three rounds, with investors in the  latest round including UK-based Sir Robin Miller, Christopher Innis and a range of local media executives.

Peazie CEO Thomas Mahon says the  key to attracting these big names was ensuring that  all aspects of the startup were excelling.

“It was challenging to say the least – raising money in Australia is difficult,” Mahon tells  StartupSmart.

“But at the end of the day it’s actually not rocket science, it isn’t a difficult recipe to put together.”

The recipe for success

Mahon says there are three crucial things that a success business needs to have to get off the ground.

“You have to be chasing a big market, you need to have a product or solution to a problem that you’re validating and you’ve got to have the right team to make it happen,” he says.

“If you’ve got those three things then it shouldn’t be too difficult to convince the investors that it’s something they should be a part of.”

For this round, Peazie was deliberately “very selective” about who was approached for funding.

“This time around we though long and hard about the people we wanted to work with from an investment perspective,” Mahon says.

“Where we want to take our business is going to require some pretty strategic planning.

“The people that we’ve had invest in this latest round, in addition to the individuals and organisations that invested in previous rounds, have really helped us come together as a group and build a very promising business model.”

He says the team leveraged its previous investors to access the right people.

“It’s all about networks,” Mahon says.

“You’ll meet one person who will tell you that they would love to invest but they can’t add more than the money but they’ll put you in contact with people who can add enormous value.

“And you can’t go into the process too structured. You need to leave a little bit of room for the process of raising money to be organic.”

The backing of such well-known players in the space helps lend further credibility to Peazie’s ambitious goals, Mahon says.

“It’s an incredible validation that the prize we’re chasing is big enough and attainable enough to pique the interest of individuals who already have very busy calendars themselves,” he says.

“What we thought we were building in the beginning as an organisation – now other people are starting to recognise how big an opportunity it is.”

Founded in 2011, Peazie offers a platform facilitating data-driven promotions, competitions and acquisition campaigns to its clients, and has already worked with the likes of Southern Cross Austereo, Vans and Audi.

Mahon estimates size of the existing market that Peazie operates in as about about $30 million but says the most exciting areas for potential growth are the difficult to quantify markets and clients that are only just starting to emerge.

“What’s exciting is that new types of agencies and new types of media are working with us to carve out a brand new thing,” he says.

“A radio station or magazine is no longer a media channel; it’s a brand unto itself. And Peazie is able to bring all their assets together and monetise those audiences to contribute value back to individual channels making up their new brand.

“We’re able to arm them with one hugely powerful tool that helps them extract value from the work they do.”

A key pillar to this business model is the data that is collected through the promotions and campaigns, which are run in-house by Peazie.

“One of the things that makes what we’re doing so powerful is that every promotion, competition or campaign that we run at Peazie is run via our own platform, which means that all the data we’re collecting is immensely powerful in powering the campaign insights,” Mahon says.

“That’s incredibly powerful data that provides us the ability to put the ingredients into the campaign that we know is going to product the best outcomes. It’s all supported by real life, real time data.”

A lucrative and competitive market

While the lucrative market is becoming increasingly competitive, Mahon says Peazie has a significant head start.

“There are competitors in our space but none of them have the tech that we have and even if they are building that tech, we have the advantage of being a company that is now five years old,” he says.

“We’ve made a lot of mistakes but we’ve now built a platform that everyone wants a piece of.

“As long as we continue to innovate, produce amazing outcomes for our clients and hire brilliant people I’m certain we can maintain an edge against anyone that would enter the market.”

The most recent cash injection will be used to scale Peazie’s offering and help it continue to innovate and iterate its offerings.

“The products we’ve built are immensely powerful but like anything in tech it’s essential to continue to innovate,” Mahon says.

“We have an incredibly exciting product roadmap and we’ll continue to differentiate our solution and deliver increasingly better results for our clients.”

The Melbourne-based Peazie team has doubled in size in the last six months, and Mahon says it’s set to double again in the next half-year.

This rapid expansion doesn’t come without its risks, he says, but ensuring the right people are hired helps to make sure the startup recipe is still balanced.

“Most fundamentally I think that if we maintain the culture and employ brilliant people that all bring something of their own to our vision then the rest largely takes care of itself.”

With a wealth of funding under its belt, Peazie’s mission is now to arm as many clients as possible with its digital marketing “weapon”.

“We’ve got a powerful product that is selling and we simply can’t hire sales people fast enough to bang the Peazie drums,” Mahon says.