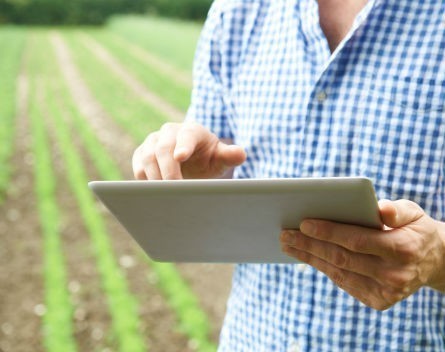 More needs to be done to shake off the stereotypes of old farmers unable to operate new technology in order to encourage more people to take up agtech as a career path, according to the founder of an app that allows users to track live farm data.

However, he says educating young people about agriculture and giving them skills in science and technology is crucial if Australia is to reach its full potential and help feed the world’s fast-growing population.

“Tech is how we’re going to go forward as a farming industry,” Graham says.

“We’ve got to produce more off the same ground with less people and you don’t do that without the help of technology. This is one piece of a pretty big puzzle that helps us get there, but definitely educating the younger generation of farmers is important. You’ve got to change that view that it’s a 50-year-old farmer tinkering away with their 1960s tractor.”

Graham will soon unveil a new version of his company’s data management app in Rockhampton as part of Beef Week, and doesn’t shy away from the hurdles he and his co-founders have had to overcome – particularly when it comes to building an app while continuing to run the farm.

“Time is something that’s limited us,” he says.

“The challenges of distance can be there, but I’m located in southern NSW whereas my business partner’s located in Richmond, Queensland, and we have another developer we use in the UK as well. We’re very spread out, but we’ve overcome that due to modern technology like Skype… and improvements in our internet connectivity have helped that as well.”

While operating a farm in Coolac – just north of Gundagai – and developing an app has its challenges, Graham says he wouldn’t have it any other way.

“It’s beneficial because we’re not going back and forth on basic issues – we know what the animals are and what they do and you don’t get lost in translation like you would if you use guys who’ve never been to a farm or don’t know what’s on them,” he says.

“We also know what records need to be kept and what makes farmers efficient. I’m the first person to use the app – it’s not one of those things you develop and let other people use. If there’s a problem, we identify it pretty much before anyone else and fix it.”