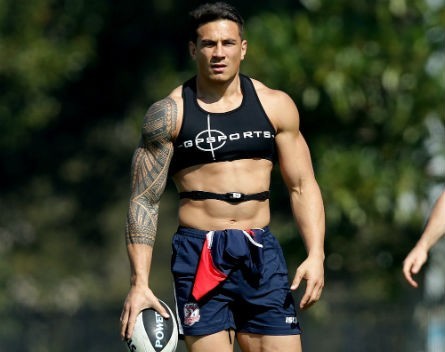 Catapult Sports, a Melbourne-based provider of tracking devices for elite athletes, has announced it has purchased Canberra-based counterpart GPSport.

Both companies manufacture wearable devices that monitor the performance of elite athletes, where any movement data is fed into its analytics software on a computer in real time.

Combined, the two companies count 450 elite teams worldwide as customers, with international clients including European football clubs AC Milan and Aston Villa, the New York Knicks NBA team, and almost half of the 32 teams in the NFL.

“In terms of AFL, Catapult had 17 clubs out of 18, while GPSport had one. We were split down the middle for both Super Rugby and NRL,” Westover says.

“We were the number one player in this field and were the first to come up with the technology. GPSport was our biggest competitor. We had an exclusive deal with the Australian Institute of Sport for a while, while they were the first to market. Our companies are the two pioneers in this space.”

Catapult Sports managed to raise $3.5 million in series A funding during the last quarter of 2013, taking total investment in the company to $6 million. Its backers include a number of high-profile investors, including as Dallas Mavericks owner and high-profile entrepreneur Mark Cuban.

However, despite reports to the contrary, Westover told StartupSmart Catapult Sports has no plans for an IPO this year.

“It’s one of those things where there was some uninformed speculation about an IPO in an article, and it quickly became accepted as fact. But we certainly don’t have any plans for an IPO in the next 12 months,” he says.

In its official statement, Catapult Sports chief executive Shaun Holthouse says the two businesses will continue to operate as separate entities for at least the next 12 months.

“Day one after the acquisition, we expect the only thing GPSports users will notice is an increased focus on customer service as we invest in this side of the operation,” Holthouse says.

“We know a lot of GPSports clients are very loyal to the brand and technology. The last thing we want to do is disrupt a good thing. Over the longer term we will be looking for synergies that bring added value to our combined customer base.”

Holthouse also says the deal was a response to consolidation in the athlete analytics industry, with his company’s focus shifting towards building global scale and distribution.

Wearable devices have recently come into focus following high profile announcements in the consumer end of the market, with Google recently unveiling its Google Fit API and Apple announcing HealthKit.

Despite the hype, Catapult Sports chairman Adir Shiffman told StartupSmart in May he remains a sceptic about the consumer end of the market, but sees little shortage in growth at the professional end of the market.