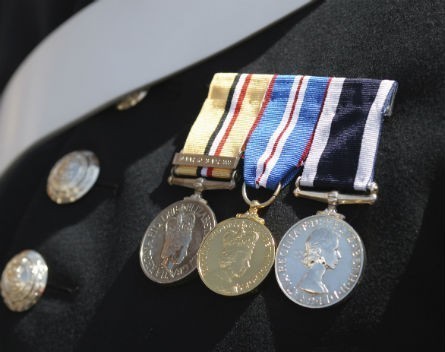 Canberra-based startup Enabled Employment has launched a new platform in order to help returning veterans ease back into the workforce and, by extension, civilian life.

The company has partnered with not-for-profit Soldier On Australia to create a website where employers looking to hire casual, part-time or permanent staff can be matched with former army personnel and their partners.

The website was officially launched on Wednesday morning by Prime Minister Tony Abbott at Soldier On Australia’s national headquarters in Canberra.

Enabled Employment is two years old and a graduate of the Griffin Accelerator program. Originally the startup was an online marketplace aimed at tackling Australia’s low disability employment rate, however there are plans to also branch out to cover people living in rural or remote areas.

Founder Jessica May told StartupSmart the idea for the website came about because her grandfather served in Vietnam and Soldier On were willing to collaborate as part of their Hands Up program.

“What they’re offering is a diploma level qualification from Australian Business Academy and rehabilitation services through Connect, and an employment hub through us where we can offer flexible work for people who have served our country and returning to civilian life,” she says.

“Veterans need flexible work arrangements just like people with disabilities to get back into the workforce. We offer flexible working arrangements… and to their families as well as they can get disrupted by military life.”

May says there is a lot of progress happening in how veterans are integrated back into society, however more needs to be done and she hopes her startup can play a role in improving people’s lives.

“The support out there is amazing,” she says.

“It’s the same with the disability world – people were crying out for this service. There’s been nothing like this available.”

May says many employers have told her how veterans are their best employees because they are resourceful and quick-thinkers.

So far around 40 jobs are listed on the platform, with Fujitsu Australia one of the first major company to jump onboard.