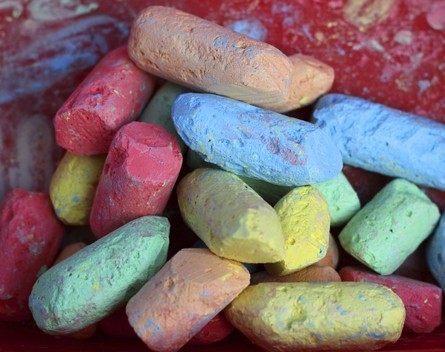 A new co-working hub aiming to accelerate the development of Australian fintech startups will now be opening its doors on Monday, after pushing back its launch to accommodate for “overwhelming interest” in the space.

Unveiled in March and originally planned to be opened in May, the Stone and Chalk co-working hub has moved offices from Sydney’s Clarence Street to a larger space on Bridge Street before it even opened.

Stone and Chalk chief executive Alex Scandurra says it wasn’t an easy decision, but was made with the long-term future in mind.

“It was a tough call,” Scandurra says.

“We were really keen to get it up and running as quick as possible, but we took a long-term view for how we can best serve Sydney and build the ecosystem.”

“We had to take the delay up-front so in the longer-term we can support more and more entrepreneurs.”

A mix of startup maturity

The hub will now encompass 2300 square metres, nearly twice that of the initial planned space.

Scandurra says there will now be space for 200 entrepreneurs, up from 150 in the original plans.

The amount of interest in the space was a “fantastic surprise” and Scandurra says about 150 startups with 330 entrepreneurs have applied to be involved.

“There are people who are first-timers, those who are experienced entrepreneurs that’ve had exits in the past, teams with 15 people that have raised several million already and smaller teams that are pre-launch.”

The fintech hub will include a combination of dedicated labs, full and part-time desks, secure offices and casual drop-in spaces.

The independent not-for-profit space already has professional and financial contributions worth more than $2 million from a range of corporate sponsors, including the newly signed ASX, IBM, TAL and Thomson Reuters.

NSW minister for industry Anthony Roberts said the demand for Stone and Chalk illustrates the strength of the state’s financial sector.

“The NSW government has been a keen supporter for Stone and Chalk as part of our Knowledge Hubs initiative,” Roberts says.

“We consider that the fintech industry will play an increasingly important role in the state’s economy and therefore are delighted to hear there has been so much interest in this hub.”

Potential in the fintech sector

Scandurra says the fintech scene in Australia is still in its infancy, but has enormous potential for growth.

“It’s in the early stage. We’ve got some really great talent that’s already in the space, a lot of interest is growing, and angels and VCs that haven’t traditionally played in fintech are getting really excited by it,” he says.

In terms of selecting which teams get a place in Stone and Chalk, Scandurra says it’s mostly about the founders.

“It’s largely driven at the core by a team, that’s the most important factor,” he says.

“The likelihood of them seeing it through in terms of expertise and resilience, and whether we believe there’s an underlying technology and IP they’re creating that has a market.”

“It’s about how much they can actually benefit from Stone and Chalk too.”