Entrepreneurial Perth digs in as the resource investment boom slows 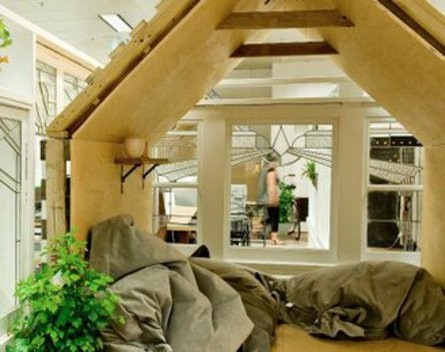 A Perth start-up co-working space is set to announce its 100th new member this week, after a campaign to bring together new and aspiring entrepreneurs as Perth begins to transition out of the mining boom and towards innovation.

Brodie McCulloch, co-founder Spacecubed told StartupSmart the West Australian capital’s entrepreneurial ecosystem has unique advantages due to the many highly skilled professionals looking for their next opportunity now the mining boom has peaked.

“Because resource investment is slowing down in WA, a lot of people have saved some money over the last few years and they have niche technical expertise and expert ideas,” McCulloch says.

“We’re finding people who were very focused on their nine-to-five jobs got a wake-up call not from the GFC but from the adjustment of the West Australian economy. They’re working out what to do next and many are planning their own businesses.”

McCulloch says their 100 new members in 100 days campaign was launched to encourage entrepreneurial action by lowering the barriers.

“We knew lots of people were interested in starting their own businesses and in co-working, which is still quite a new concept in Perth, but they just weren’t pulling the trigger and getting started on their idea. So this was about lowering the barriers,” he says.

According to McCulloch, the 98 new members already signed up are working on ideas for the resource sector and the software-as-a-service and IT sector, as well as social entrepreneurs and “about a million app developers”.

The members receive access to a co-working space, get discounted access to meeting rooms and internal resources, mentoring and training events for $22.50 a month.

The Spacecubed team will be launching several other spaces in the next six months, including a new co-working space on St Georges Terrace, in Perth’s CBD, next month.

“It’s to see how many good businesses there already were and to see them come out of isolation,” says McCulloch.

“We’re able to play on the West Australian strengths of resource industry technology and big data. Western Australia has a real opportunity to diversify into different areas, now that our focus is growing from digging things out of the ground to new ideas and innovation.”