Entrepreneurialism is AlwaysOn in Australia, says leading US entrepreneur 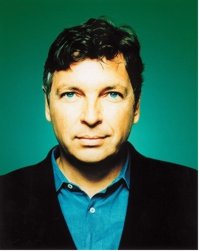 Perkins is the creator and former editor-in-chief of technology business magazine Red Herring, and is the former vice president of business development at Silicon Valley Bank.

He served on former US President George W. Bush’s Information Technology Advisory Council and was the founding chairman of the Churchill Club in Palo Alto.

His current ventures include the AlwaysOn Network, an innovation and venture capital event founded in 2003.

This year, Sydney will become the first non-US city to host the event, which will take place at Doltone House from April 11-12.

Entrepreneurs, top executives and venture capital investors – from Australia, the US and other key economic regions – will have the chance to exchange ideas and do business.

In tandem with this event, AlwaysOn is running a competition to determine Australia’s top 100 private companies.

AlwaysOn will honour these companies as part of the event, which will also feature Australia’s top CEOs. There will also be a trade mission of top private company CEOs from the US.

Perkins, who is in Australia for the official launch of the event, says US investors are becoming more aware of, and increasingly interested in, Australian companies.

“Back in the United States, I noticed one of the leading venture capital firms, which is Accel Partners – which is distinguished by being the lead investor in Facebook – had invested in three Australian companies, including Atlassian,” Perkins told StartupSmart.

It became apparent that AlwaysOn should hold an event in Australia – a prospect that was readily welcomed by NSW Trade & Investment.

According to Perkins, there are only two requirements to qualify for the list of Australia’s 100 top private companies.

“First and foremost, we have to see the company has some kind of backing. So generally that means they need to have venture capital or… [funds from an] angel investor,” he says.

“The second thing is we do look first at the companies that are already creating revenue and showing some reasonable growth.

“That being said, we also leave open the option for companies that are being run by particularly talented entrepreneurs… and ones who are using business models that we think are particularly interesting.

“Other than having some sort of backing and/or companies that have a track record, we don’t have any requirements beyond that.”

According to Perkins, the Australian investment community shows a lot of promise.

“I think that from our earlier investigations, we feel that there is an investment community here that is fledgling… It is moving and maturing, but is still very fledgling,” he says.

“However, because we’re seeing the globalisation effect kick in, you’re seeing people like Accel Partners come into this market and recognise, ‘Hey, here’s an opportunity to find some really good companies’.

“Australian enterprises recognise pretty quickly that it’s very much in their advantage to start marketing to the United States and gaining support.

“Our brand is about developing relationships between Australia and United States, which is good for Australian entrepreneurs… and also good for investors and companies in the US because they can enter a market of 21 million people.

“[Also,] the Australian market feels very economically sound to the US… We feel very optimistic about the long-term growth prospects of the entrepreneurial community here in Australia.”