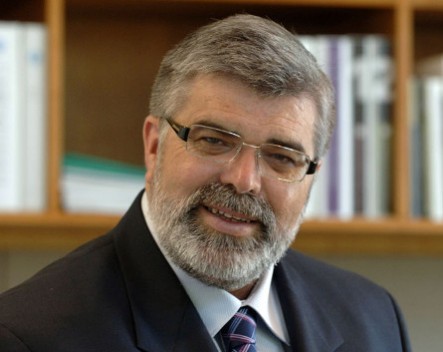 Senator Kim Carr has been returned to his old industry and innovation portfolios in Prime Minister Kevin Rudd’s cabinet reshuffle, as entrepreneurs ask for firm commitments from the government to the start-up sector.

In a statement following his swearing in as Minister for Innovation, Industry, Science and Research and Education, Carr connected a country’s ability to “make things” with jobs, opportunity and investment in education and infrastructure.

He says a country that makes things “thrives on the ingenuity and ambition of its people. It is a nation that dreams large and commits itself to making those dreams a reality”.

“With the appointment of the new prime minister, he has been talking about youth, and business will be a focus of his, but whether or not he can achieve anything between now and the election remains to be seen,” Liddle says.

“All of the support has been verbal and not financial from the government so far. I’d have to say this is a bit of a pattern, unfortunately.

“We need a shift from verbal support to real policy promises for the election,” Liddle says, citing the Israeli government’s five-to-one matching of investment for start-ups who graduate from approved incubators as an outstanding policy initiative.

“Something like that would have an extremely leveraged effect on the Australian economy and the entrepreneurial ecosystem,” Liddle says.

“We haven’t seen any financial support for incubators or accelerators and co-working spaces and support organisations like ENYA.”

Liddle added that he was very happy to see Bernie Ripoll returned to the parliamentary secretary for small business role, given his understanding of enabling entrepreneurialism.

Education and innovation a powerful pairing

Liddle has been assisting the Australian Curriculum, Assessment and Reporting Authority review for the high school curriculum on business and economics and says the pairing of innovation and education could be a powerful policy alignment.

“We could definitely be doing a lot more at the high school curriculum level and the tertiary level to encourage young people to start their own companies,” Liddle says.

Entrepreneurship as the key to real job creation

He says innovation is now a critical area for the government to get right and start investing in if it’s committed to job creation.

“The only way you can create sustainable job growth is by fostering new companies, by supporting start-ups. Start-ups and young companies and commercialising innovation is critical for the economy. It’s not just mildly important; it should be the primary focus.

Liddle says Carr can support both the high-profile mining and car manufacturing industries in the industry portfolio and emerging companies by focusing on funding technological innovation that transcends industries.

“The focus should be on technology that can be applied to both older and new industries. We need to ask ourselves, what is the new wave of technology that will transcend industry?” he says.

In his statement, Carr welcomed the pairing of the education and innovation portfolios.

“Our students are our future researchers, entrepreneurs and workers in industry. They are central to the innovation agenda,” he says.

“Innovating better than we do now is the highest priority and most practical step we can take as a country to improve living standards, create jobs, and secure our future prosperity. For Labor, this is not a choice, it is an imperative.”