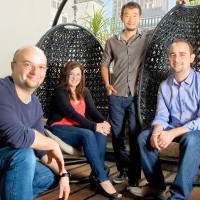 ThemeForest, owned by Melbourne-based tech company Envato, is now among the top 100 websites in the world in terms of traffic, according to the latest Alexa rankings.

According to the rankings, compiled by the Amazon-owned analytics firm, ThemeForest is currently the 93rd most popular website on the planet, as well as the most popular Australian-owned website.

The website also appeals to an international audience, with 17% of its visitors from the United States and 13.9% from India, with significant audiences in Brazil (3.9%), the UK (3.8%) and Germany (3.8%), according to Alexa.

Envato’s director of strategy and business development, Ben Chan, told Private Media getting the website onto the top 100 list was not the product of any particular deliberate SEO or social media strategy.

“We’re pretty excited about that – it really crept up on us. Our mission is to help our community to earn and learn, rather than to be in the top 100 listings,” Chan says.

ThemeForest is one of eight marketplaces owned by Envato, spanning both media templates and what it terms “complex content”, including themes and HTML templates.

Launched in 2008, ThemeForest primarily focuses on WordPress themes, and sits among the company’s “complex content” marketplaces.

“Envato started out in 2006, and since then we’ve paid our community of designers, authors, freelancers, affiliates and instructors more than $180 million in earnings,” he says.