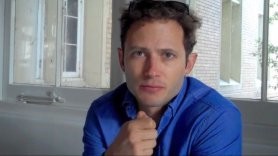 It’s not validation if no one has paid for it, and don’t build anything until you’ve started to solve the problem without technology, says AppSumo founder and former Facebook product manager Noah Kagan.

Kagan was the keynote speaker at the recent Startup Victoria conference. He launched app and web services daily deals site AppSumo in 2010.

Before AppSumo he was the 30th employee at Facebook, working as a product manager. He became marketing manager and the fourth employee at software development firm Mint, which now serves millions of users worldwide.

Despite his background in software, Kagan repeatedly advised the conference audience against building anything until they’d properly validated their idea.

“Go to the root of the problem, and work out how to solve it without technology,” Kagan says, adding the best way to test any idea was to only give yourself 48 hours to launch the idea, and to get three paying customers in that period.

“Validation means you’ve made money, and you’ve got proof for your idea. If you don’t make profit, I don’t think that’s validation” Kagan said.

Here he gave StartupSmart his tips on how to validate your idea and why focusing on one growth strategy at a time makes a big difference.