Face-paint start-up out to crack US market 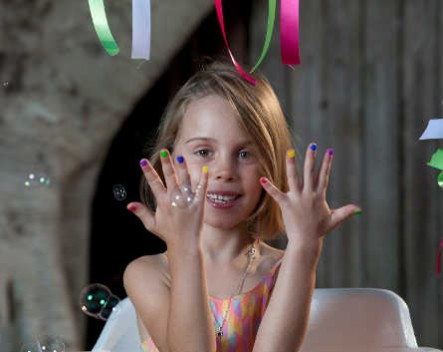 An Australian natural face-paint brand is ramping up its international expansion this week, with Adelaide-based Pure Poppet set to launch into the US and Malaysia.

Founder Georgia Holdich says the business has grown at a “terrifying” rate.

She started selling into Singapore and Hong Kong last year and has just hired her first staff member, who will look after assembly and dispatch.

“It’s grown like a monster. I came up with this idea and decided to go for it and see how it went. It’s been the little start-up and now it’s getting to that next stage,” Holdich says.

“I’ve just launched a big push for the US, and the financial stress is big. You get excited that you’re getting great feedback about the potential for the brand, but you have to invest all the money up front and hope to see the return later.”

This is not Holdich’s first attempt to reach the American market, but it is the first concerted effort under a newly revised business model.

“Since October last year I was working with a distributor there. But the freight costs were too hard on her margins, so she’s going to work as my agent rather than my distributor. This means there is more financial pressure on me,” Holdich says, adding it costs around $2000 in shipping fees to get $10,000 worth of stock to the US.

Holdich is confident the American market is ready for a product like hers, but is philosophical about the possibility of failure.

“If my agent comes back and says no one is interested there will be a loss, but the stock will come back and we can sell it here,” she says. “The whole business I’ve gone with my gut feeling, and I’m prepared to risk that money and I feel good about it.”

Holdich came up with the idea for Pure Poppet in 2011, when her mother wanted to buy some play make-up for Holdich’s daughters.

“I had a look at the options and there wasn’t anything I was happy to put on their skin. I’m not the only mum who has lots of gifts hidden in a cupboard somewhere because I read the ingredients and cringed,” she says.

As mineral make-up was beginning to take off at the time in the adult cosmetics market, Holdich knew natural, non-toxic make-up was possible and started exploring cosmetic and packaging suppliers in South Australia.

“I had a gut feeling the idea was a good one. I don’t have a scientific or a cosmetic development background, so it was just about putting the time in to researching well,” Holdich says.

Holdich developed a small run of face-paint box kits to test the market. She sold online and wholesale into stores.

“I was lucky to have a lot of friends who all had the skills I needed at the time – a photographer and a graphic designer – so it looked what it was, a professional product from the beginning, not like I’d made it in my back shed,” Holdich says.

Holdich says trade fairs and being open to feedback have been the keys to her success so far.

“There aren’t a lot of competitors out there at the moment, but there are a lot of parents out there who have the same issue, and the reason we started growing was I had to add more products to the range based on stockists’ demands,” Holdich says.