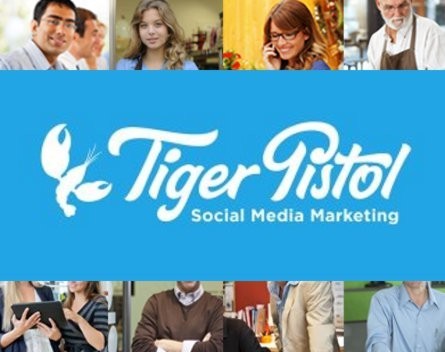 Melbourne-based social media marketing platform Tiger Pistol has been announced as a preferred marketing partner by Facebook, a coup the start-up has been working on since launching in May 2011.

Co-founder and chief executive Steve Hibberd told StartupSmart they had reached out to Facebook when they first launched, and battled to attract the social media giant’s attention for almost 18 months before finally getting a meeting.

“It takes a while to get in touch with Facebook,” Hibberd says. “Because of their rapid rise in significance, they are incredibly under-resourced given the role they play in the business ecosystem. With so many million users and only having a few thousand employees, including developers, they’re overwhelmed with contact.”

The Tiger Pistol team tried every possible combination of contact, laced with a never-say-die persistence. Hibberd says it was multiple contacts with people who knew people that got them their meeting with Facebook in late 2012.

They took the prototype of the software they were building to Silicon Valley and showed it to Dan Levy, who heads up the small business division of Facebook globally.

“We wanted to know what they thought about our idea, our product. And discover if anyone else was working on something similar,” Hibberd says. “They loved it and continued to monitor us through the development of the product.”

“It all culminated a few weeks ago presenting the finished product to their team, and locking in an agreement in the following week or so,” Hibberd says.

The company’s product is specifically created for small business clients, which Hibberd says is the next growth stage for Facebook.

“The first few years of growth with business and revenue from business was been driven by the large brands and corporations. But Facebook growth has shifted to being driven and expected to be increasingly driven by small business, so they’re preparing for that,” Hibberd says.

He says his team of 15 are committed to maintaining their specialist focus on small businesses, and are excited to leverage the relationship with Facebook to better support clients.

They launched their product six weeks ago, and already have over 1,000 clients from 50 countries.

“We’re right at the forefront of where they’re going. We now have access to information around where the Facebook platform is going ahead of general developers and even the marketplace so we can prepare and develop our offering for the future of Facebook,” Hibberd says.

Tiger Pistol recently announced they had raised $1 million to fund their expansion.