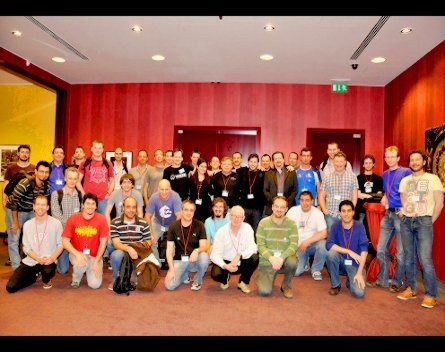 Another $1 billion acquisition could be on the cards for Facebook as it eyes Israeli start-up Waze, a mobile navigation app that would give Facebook a mapping service, allowing it to better compete with Google and Apple.

After typing in their destination address, users drive with the app open on their phone to passively contribute traffic and other road data.

Users can also take a more active role by sharing road reports on accidents, police traps or other hazards along the way, helping to notify other users in the area of what’s up further ahead.

In doing so, Waze strives to help people create “driving communities”, which work together to improve the quality of everyone’s driving.

Waze is also home to an active community of online map editors who ensure the data in their areas is as up-to-date as possible.

Reports suggest Waze is about to be acquired by Facebook in a deal that could be worth $1 billion. For Facebook, a deal of that size has not been seen since its acquisition of Instagram in April last year.

Israeli business newspaper Calcalist reports due diligence between Waze and Facebook is underway after a term sheet was signed. Neither Waze nor Facebook has commented on the report.

Waze, which is four years old, has 47 million users and has raised $67 million to date. Investors include Kleiner Perkins Caufield & Byers, BlueRun Ventures and Qualcomm Incorporated.

It’s worth noting Waze and Facebook have already worked together. Last year, Waze released an updated version of its social mapping and traffic app, which allows users to share their drive with their Facebook friends.

And of the 100 people who work for Waze, 11 are based in the United States.

The Waze deal would be a major boost for Facebook as it looks to ramp up its mobile strategy and take on fellow tech giants Apple and Google in the way of mapping and navigation services.

But Facebook isn’t the only social media network looking to start-ups as a key part of its growth. Just a few weeks after acquiring Brisbane-based start-up We Are Hunted, Twitter has acquired Palo Alto-based start-up Ubalo for an undisclosed sum.

“In early 2011, we started Ubalo to make large-scale computing easier and more accessible to a technical audience,” Mattingley and Downes wrote in a blog post.

“When we met the infrastructure folks at Twitter, we realised that it’s a company with brilliant people, strong momentum, exciting challenges and a promising future.

“We quickly became enthusiastic about the possibility of collaborating with them and the impact we could have there. A few days ago, Twitter agreed to acquire our technology and we agreed to join their staff.”

Both start-ups will be shutting down their services and joining Yahoo!’s mobile teams.