“Fail fast”: MoneyBrilliant’s Peter Lord on why you should quit your job 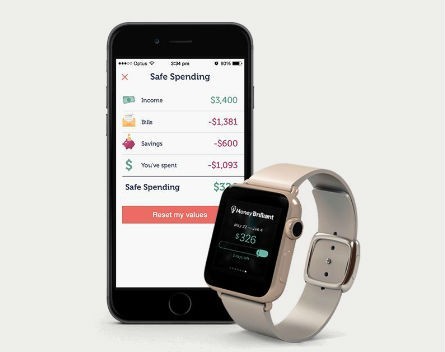 When Peter Lord quit his well-paying and stable corporate job to found virtual financial advisor MoneyBrilliant, he thought he was going to change the world.

Even though the reality was a little different, Lord says quitting his job was one of the best decisions he ever made and encourages other would-be founders in similar situations to do the same.

“Have fun with it. Find something you really enjoy doing,” he says.

“You’ll wake up in the morning and there’ll be so much stuff to do. But it’ll be easy if it’s something you love doing. It was very much the field of dreams approach. If I build it they will come.”

Of course it was much more difficult than that, he admits, but now the hard work is starting to pay off. Last week Money Brilliant closed a $1.5 million round from AMP which gives it a solid runway to continue developing the product and acquiring users.

“The thing I didn’t do was I should have got customers a lot faster. I was afraid that the product wasn’t good enough and we’d get bad feedback,” he says.

“I should have been prepared to fail fast. That feedback would have helped make a better product. Now I man the livechat, and everyday I’m listening to what our customers need and want. It’s the best way to learn.”

While many startup founders will say the capital raising process can be exhausting, when Lord says it, he means it quite literally.

The first money he ever raised came from conversations while getting working out with a personal trainer.

“I just kept telling him about the idea, he’d listened to me gasbag for such a long time he thought he’d invest,” Lord says with a laugh.

“I felt a little bit bad because he was so supportive, but it worked out and he’s still my trainer.”

MoneyBrilliant is a virtual financial assistant, which keeps track of its user’s finances and helps them “stay in the green”. The goal, Lord says, is to help people like his mother, who had a difficult time managing finances before retirement.

It’s a common problem, research from Rice Warner found that 35% of boomers describe themselves as “completely unprepared” for retirement.

“My mum wasn’t in control of her everyday spending. And What I’ve found is when people don’t have a really strong grasp of their everyday finances, they tend to do nothing,” he says.

MoneyBrilliant is competing with the likes of Pocketbook, a Sydney-based startup that offers a similar virtual financial assistant and boasts over 100,000 users.

Lord says MoneyBrilliant differentiates itself by offering a broader picture of a user’s financial health, integrating superannuation and investment accounts, as well as bank, credit and loans.

The basic service is free and the startup is working on a number of optional features will eventually be available for purchase.

“We’re doing something with the simple goal of helping as many people as we can. And that makes us feel really good. When those dark days come along I can think, I couldn’t help my mum, but I can help lots of other people,” he says.