Failure is everywhere – we just can’t see it 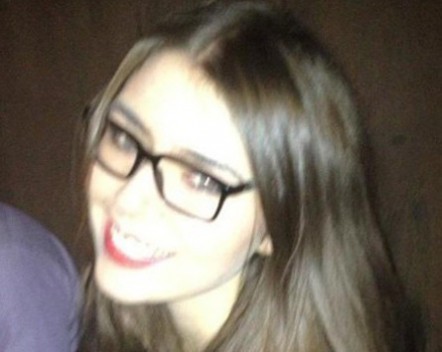 On June 18th, 2014, I sat in a coffee shop and stared at my laptop. A pitchdeck stared back at me with all the standard trimmings of startup optimism — graphs that leapt up and to the right, a market size of brilliant proportions, and our logo: 99dresses.

I’d just pitched another VC and I’d just heard another subtle no. You know, the kind where they don’t explicitly tell you that your baby is ugly but they want to ‘keep in touch’ to see her mature, just in case she develops some kind of redeeming quality such as 1000% month over month growth.

My phone vibrated in my pocket and I saw my co-founder’s question pop up: “How did it go?”

“Le shit,” I muttered under my breath. I’d developed the terrible habit of abusing French articles whilst working alongside my French-speaking co-founder, Marcin.

I’d also developed a terrible habit of singing my to-do lists in the office, despite inheriting the vocal talents of my tone-deaf father — a man who was kicked out of his school’s mandatory choir, possibly for causing some kind of irreparable ear damage to the music teacher. My singing always ignited playful outrage amongst the team and usually resulted in a pen being hurled at my head from across the room.

I was going to miss that.

I sat for a minute longer, closed my laptop and caught the subway back to our office. Cabs were for founders who had money in the bank.

“How did it go?” Marcin asked again as I sat down at my desk.

“Oh, same old,” I replied with a forced smile. “They don’t do bridge rounds, and they want to know why our current investors aren’t leading.”

I cracked a bad joke at my expense — humour being my default response to serious situations. The team — or what was left of it after I had to lay off the last hire — laughed. Morale was low, but we’d always share our off sense of humour.

I mustered up some courage. “Marcin, we need to talk.” Grave words in any relationship. We stole a conference room and Marcin started: “It’s time, isn’t it?”

My eyes welled up and I began to cry. We’d tried to extend our runway as long as possible, but we’d reached our limit. It was over, and now the hardest part was saying it out loud.

I stared at the screen. This time it wasn’t at a pitchdeck, but at a big black number in the top left hand corner of my Medium dashboard. I refreshed again, and my ‘total views’ had jumped once more to over 130,000 in 24 hours.

This is what it felt like to ‘go viral’, and ironically enough I’d achieved this coveted and mystical phenomenon by writing about how I’d failed.

Every glance at my inbox revealed hundreds, and then thousands, of emails from other entrepreneurs thanking me for being such a martyr. The word “brave” popped up a lot, and whilst the gratitude was humbling I couldn’t help but feel a disconnect.

Brave? I wasn’t brave. Maybe it looked like that from the outside but from my perspective all I did was press ‘publish’ whilst intoxicated by emotion, releasing my story softly into the world like a dove from my palm. I never once thought about the implications of baring my inner turmoil to the public. I never did a risk assessment. I never even expected anyone to read it, save some friends and family and a few people who might be experiencing failure themselves.

You see, I wrote that piece straight after that meeting with Marcin a few days earlier. I was emotional. I was raw. I was frustrated that I felt so alone. I’d just decided to shut down a project that had consumed me for many years, and I couldn’t think straight. I was supposed to make a plan for winding everything down, but instead I sat in numbing silence.

I opened Evernote and started writing. Maybe that would help. Maybe all I needed to do was relive some memories: close my eyes and conjure that feeling of elation on YC demo day, the excitement of January’s massive growth numbers, the joy of small moments spent with a team I adore. All these emotions enlarged by the gaping lows of cofounders leaving, funding rounds disintegrating and periods of traction flatter than the Australian outback.

Maybe I just needed to realise how far I’d come, and then it would all be OK. Then maybe that unshakable feeling of embarrassment and isolation would go away.

I wasn’t brave. I was partaking in therapy. I published that article as much for me as for anyone else. 99dresses was the love I’d married as a teenage bride with all the naiveté and optimism of youth. We’d grown together, evolved. She was a part of me, and this was her eulogy.

After publishing the article the first emails I received were from friends offering their condolences and a vodka-fuelled night out.

Next came hundreds of emails from the tech community, many recounting their own experience of failure as their brainchild silently slipped into a coma and faded into oblivion — just another startup dream added to the swirling black deadpool.

Then, after a couple of days and over a quarter million views, my story started to seep into different communities — ones that had nothing to do with investors and geekery.

I started receiving emails from small business owners who’d risked everything to start a local flower shop or a village boutique that cruelly collapsed. There was the passionate golfer who tried and failed at a pro career, and the film director who had come so close to producing his own box office hit, only to have it slip through his fingers like dry sand and disappear into the wind. Another dream lost.

I was humbled that my story resonated with so many people. And honestly, I was a bit surprised.

You don’t really hear about them in the media.

You don’t really hear about them in the blogosphere.

You don’t really even hear about them from your peers.

Yes, I published a very raw account of my startup’s failure on Medium. But no, I don’t believe it was brave. It just felt like the right thing to do — for myself and for others in my situation.

Beautiful stories deserve to be told, even if they don’t have a happy ending. They are bitter sweet.

They are also real.

Failure is everywhere, and if the stories aren’t told then we’ll never see it.

I’m planning on exploring more on this topic and possibly even doing a book with a collection of failure stories from other founders due to popular demand. If you’d like to be updated with new stories and information about the book then please click here to join my mailing list.

This story originally appeared on Medium and is republished with permission.