Find a “shitty old dirty industry”, then disrupt: US VCs tell startups at Slush Down Under 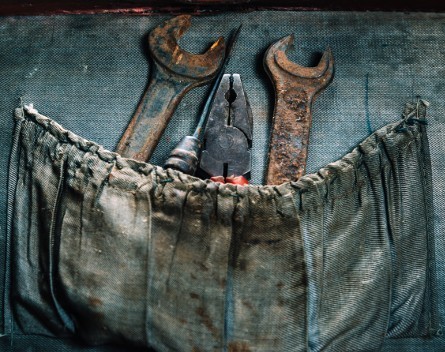 Australian entrepreneurs should target “dirty old industries” and those sectors the subject of American “hubris”, according to a number of American venture capitalists.

Speaking on a panel at the Slush Down Under conference, Tomorrow Ventures principal and investment counsel Brad Holden said there’s no reason Australian startups solving global problems can’t be successful.

“With today’s distribution channels you can build a company that’s global from anywhere really,” he says.

“Look at Slack. They don’t do any marketing, or they haven’t yet. That company could have started here and the solution could have evolved in a similar way as it did in the US.”

Schlenker says one of the best things to do if you’re building a company in Australia is to look at where there is “hubris” in the US market, and Mazzeo agrees.

He says American market complacency has given rise to companies like Germany’s Rocket Internet, which clone and imitate US business and launch them in other parts of the world.

“The US market has historically been really slow to think about overseas expansion,” he says.

“Australia does have an advantage of thinking in a more global way. So for the kinds of business thinking local first and testing it out, then as soon as you have it down expand rapidly globally.

“Where I really geek out are dirty industries which nobody thinks are sexy. They’re usually industries run by old people, who don’t think about it as a technology play whatsoever. So transportation and Uber are a great example of that, but we looked recently at things like self-storage. A really shitty old dirty industry that has never had technology layered into it. Those are massive categories for disruption.”

All of the investors agreed they were looking for passionate founders, with a great deal of knowledge about the industry in which they were operating, and which they believed their investment could add value to.

Schlenker also encouraged founders to think about the strings attached to venture capital.

“We have limited life funds, so you have to exit your business in a set period of time, where you may not be comfortable,” he says.

“Venture capital is not for everyone. If you have a business that can be funded from customers and doesn’t need to grow very rapidly and you can create barriers to entry without having to get to scale. Then why do you need venture capital?”