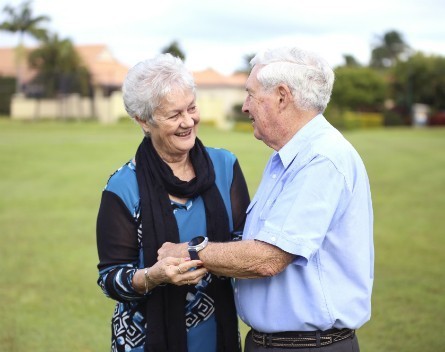 A Brisbane-based wearables startup that helps monitor and care for people with dementia has secured a $3 million investment from OneVentures, as the VC firm turns its attention to larger later-stage funding.

Find-Me has developed the Carer’s Watch, an “all-in-one personal response system” fitted with a GPS tracker and fall detector.

It’s estimated that 60% of dementia patients will “wander” at one point, and the device is meant to prevent this and help carers monitor the situation.

The cash injection will help the wearables startup to expand around Australia and look to go international.

A move towards the later-stage

The investment comes from OneVenture’s $100 million Innovation and Growth Fund II, marking a new direction towards larger, later-stage funding for the organisation.

“We need a lot more activity in this part of the market.”

It’s this form of investment that will help to ensure potentially game-changing technologies like the Find-Me watch remain in Australia, Birkill says.

“There’s no reason this sort of company can’t stay here and grow into something significant in Australia,” she says.

OneVentures was first in contact with Find-Me co-founders Bruce Jeffers and David Ingerson more than four years ago when the startup was targeting the product at children.

“We didn’t feel that was a particularly interesting investment opportunity,” Birkill says.

But now the startup pivoted to target a new demographic and has huge potential it became much more enticing for the investment firm.

“They’ve got great technology that meets the needs of a large, growing and under-served market,” she says.

“We’ve been looking at the opportunities associated with the ageing population as a key area of investment.

“This is a device that can help support the market and have a real impact on healthcare economics and the cost of supporting the elderly.”

The social-good aspect of the startup also made it more attractive.

“Anybody you talk to about this company has their own story of a grandparent, a friend or a parent who’s had dementia and who has wandered,” Birkill says.

“It’s one of those companies that the problem really resonates with everyone. It feels good to be doing something good that helps people.”

OneVentures currently has three other active term sheets, one for a healthcare startup and two focusing on the Internet of Things as it looks to make more investments from the $100 million fund next year.