First episode of That Startup Show taped in Melbourne 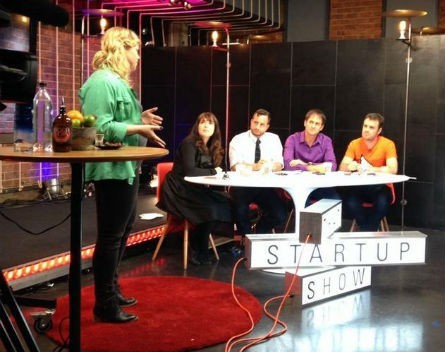 A who’s who of the tech and startup scene gathered in Melbourne to watch the filming of the first episode of That Startup Show, a new web and TV series aimed at the startup community.

The panel discussion show uses a format reminiscent of the ABC’s The Gruen Transfer. The first half of each episode is spent discussing the issues startups face, such as what constitutes a tech startup and developing effective social media strategy. Meanwhile, the second half sees entrepreneurs pitch their businesses ideas for a chance to win a trip to Silicon Valley.

The program is hosted by Dan Ilic, who some say bears an uncanny resemblance to Futurist Techspert Rambotia Jones. The panel for the first episode comprised of Google Australia’s Alan Noble, BlueChilli’s Sebastien Eckersley-Maslin, and StartupSmart’s own Bronwen Clune.

While Melbourne produced the type of winter weather it’s infamous for, the event attracted an enthusiastic crowd to the recently refurbished Savoy Tavern, across the road from Melbourne’s busy Southern Cross Station.

Behind the scenes, there was a full television production crew, including multiple cameras, lighting, video, and sound editing staff. Many of the tech entrepreneurs couldn’t help but take a quick peek at the array of video and sound switching systems used to put the show together.

That Start Up Show producer Anna Reeves told Private Media “from the moment people walked in, you could feel a fun, collegiate mood”.

“We’re putting that down to the support we’ve had from our sponsors, community partners and crew who collaborated on so many aspects of the event,” Reeves says.

“We look forward to sharing the diverse and inspiring discussions around startups in this country in the coming episodes. And with some luck, inspire many others on the entrepreneurial journey,” Salama says.