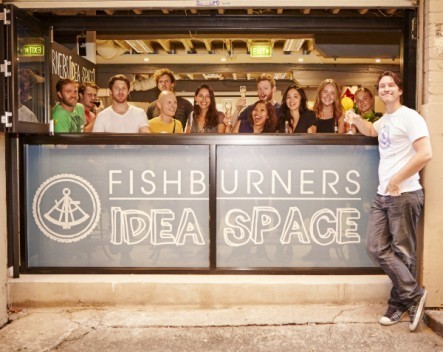 Fishburners will transform its garage into an “idea space” in order to siphon people with a great business idea into Sydney’s startup ecosystem.

Fishburners is Australia’s largest co-working space, with 126 startups working together in Ultimo.

The new ‘Idea Space’, which is sponsored by Google, means all four levels of the building are now used by entrepreneurs.

Murray Hurps, the general manager of Fishburners, told StartupSmart technology is the future and it is critical that the startup ecosystem grows in order to create jobs.

“It’s one thing to have a lot of desks in a building but it’s another to have a space you can invite people to have meetings and presentations that can inspire people so that they don’t have to sit in a cubicle their whole life,” he says.

“It’s easier than ever to start a company and it’s getting even easier. It’s just a question of whether you’re willing to see what you can do.”

Hurps says having to renovate the garage goes to show how desperate co-working spaces and startups more generally are to find space in inner-city Sydney.

This was an issue highlighted during the recent NSW state election by independent MP Alex Greenwich, who was returned to the inner-city seat of Sydney with a swing of more than 8%.

“The fact that we had to invest and convert a garage into useable space is a little bit of a reflection of how hard it is to get space in this area,” Hurps says.

“We can fill 1000 square metres every nine month at the current rate. It’s a shame because we have the critical mass here and desperately finding other ways to continue our expansion because we don’t have any more garages to use.”

Fishburners added 41 members in January and sees 400 visitors each week due to its popular startup events.