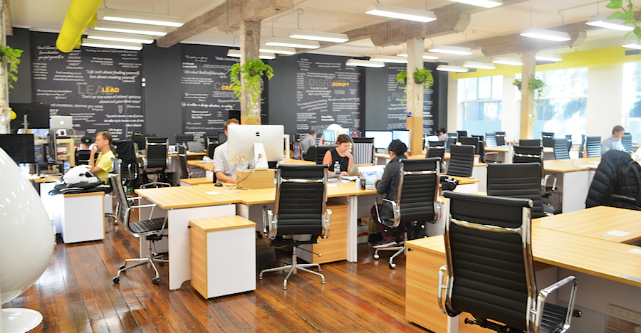 Australia’s largest startup hub is set to quadruple in size after securing a new site in the heart of Sydney’s CBD, bringing a gruelling two-year search to an end.

It’s quite the way to celebrate its fifth birthday and will put an end to the “heartbreaking situation” where Fishburners general manager Murray Hurps would have to continual reject startups’ request to expand in the space.

The co-working space currently houses more than 170 startups in its building in Ultimo, but will relocate to an as-yet unnamed location in the middle of Sydney in October.

A new site four-times larger than its current premises was given the green light at the first meeting of the new Fishburners board of directors, which include CodeMakers founder Nikki Durkin, Car Next Door founder Will Davies and LightStalking founder Rob Wood.

With the current location reaching breaking point, Hurps was under significant pressure to find a new space with room for growth, and the new site comes as a huge relief.

Fishburners’s new home is a stone’s throw from fellow startup hubs BlueChilli, Tyro and Stone & Chalk, forming a burgeoning startup precinct in the heart of Sydney.

Hurps says a lack of space is a common problem for co-working spaces around the world.

“People start up in cheaper locations on the city fringe and by the time they need more space they get stuck,” he says.

And in the race to secure affordable and appropriate property, Hurps says many forget to plan ahead.

Since Fishburners first opened its doors, more than 600 startups and 1000 entrepreneurs have passed through its doors.

The multi-level Ultimo building quickly became a tight squeeze for the burgeoning community.

Hurps says one of their startups grew from one desk to 17 in just three months.

“If you are building a home for scalable companies then you have a scalable real estate requirement,” he says.

Fishburners managed to get the space with the support of sponsors including Google, News Corp, Amazon and Xero.

Many of these sponsors have been with Fishburners right from the beginning.

“Optus was supporting us long before we deserved it,” Hurps says.

He says many of them want to build more connections in the startup sector.

The corporate sponsors are contributing to the startup ecosystem as a way to raise awareness of the challenges they face so startups working on solutions that can address these are in a position to put their hands up and get noticed, Hurps says.

“We never share any information on our startups or do anything that’s questionable, there is just a lot of generosity,” he says.

“A lot of it is just creating the environment for a vibrant startup ecosystem.”

And it’s an opportunity governments could make more use of, Hurps says.

“In five years, we had a total of about $20,000 and that was appreciated but it doesn’t compare to what the corporate support was able to do,” he says.