Five areas where Australia is still lagging behind Silicon Valley 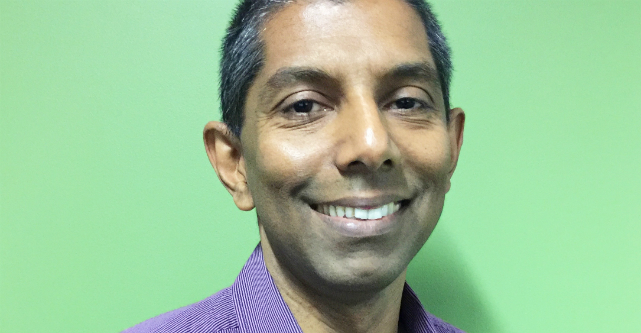 Despite recent government activities and growth in the ecosystem, there are still several areas where Australia is lagging behind Silicon Valley and other innovation hubs around the world, according to IT veteran and Domain director of product Asok Boopathy.

Boopathy has held several senior positions at tech giants such as PayPal and Bigcommerce, as well as American Express.

Across the last 20 years he’s been immersed in the startup world, both in Sydney and Silicon Valley.

Last month he returned to Australia to take on the new role at Domain and he says the differences between the two ecosystems are still profound.

Although the communities in Sydney and Melbourne are rapidly growing and evolving, especially over the last couple of years, Boopathy says they still have a long way to go until they’re anywhere near the scale of Silicon Valley.

“It’s quite a different environment. In Silicon Valley there are just so many tech companies around,” Boopathy tells StartupSmart.

“We’re slowly trying to mimic that. When you’re in a tech company the people around you need to be amazing. You work around people that are very motivated, they work extremely hard and they believe in what they’re doing.”

Despite the saturation of tech companies, he says Silicon Valley also has an unrivalled culture of sharing and educating the next generation of startup founders.

“Even though they’re competitive they still share things,” Boopathy says.

“There’s this idea of saying, ‘hey I built something and it’s okay to share it’. That’s quite different than anywhere else I’ve been.”

But this trend is starting to emerge in Australia, he says.

“That culture is permeating around the world, even in Sydney,” Boopathy says.

“A lot of small companies are trying to emulate that – everyone is trying to do that model.”

The ‘Valley of Death’ is often discussed in the Australian startup community, and this lack of readily available funding is holding the ecosystem back, Boopathy says.

“One thing that’s very different is that it’s quite easy to get venture funds in Silicon Valley,” he says.

“If you have the right idea and the right business model you can get the money quite easily.”

Despite the likes of the Atlassian co-founders funding a number of local startups, Boopathy says there is still a lack of successful entrepreneurs providing capital for the next generation of tech companies.

“A lot of successful people are funding companies over there,” he says.

While the recent push from all levels of government is a welcome development, Boopathy says a startup ecosystem also needs larger corporates getting involve and encouraging a culture of innovation.

“The government is one thing but you need a community,” he says.

“Bigger companies need to start to create this environment – government alone will not be able to do this. Silicon Valley has a history of doing this for years and years so there’s big momentum there.”

Australian tech companies that have made it on the world stage are helping to foster this, he says.

“And ones like Canva are also starting the movement. We need more people to come in and start the movement with them.”

Australia’s ‘brain drain’ of entrepreneurs and founders leaving the country to pursue opportunities abroad is still a big problem, he says.

To prevent this, Boopathy says local companies need to improve their internal working culture and give budding entrepreneurs more flexibility.

“To be able to stop something like this there needs to be more local companies that not only have cool things to work on, but have an environment where there’s continuous room to think and freedom to do other things,” he says.

“A lot of companies don’t have that culture. As a young engineer with an idea, if you don’t have time to build it you’ll go elsewhere with it.

“Local people will have less of a need to move elsewhere if they can go to big companies and also have room to create their own startups.”