Five fintech startups to watch in 2015 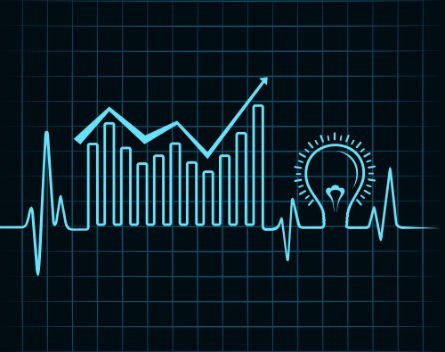 An increasing number of fintech startups are springing up in Australia as those in the banking sector decide to unshackle themselves from their day jobs and launch their own technology companies.

The interest in financial technology is most evident in Sydney, with fintech hub Stone and Chalk forced to find a space almost twice the size of its first home even before it opened its doors.

Stone and Chalk chief executive Alex Scandurra says there has been “overwhelming demand” for office space, with more than 300 entrepreneurs vying for 150 desks.

Stone and Chalk will now launch in July in a new space in the Sydney CBD, accommodating up to 200 entrepreneurs with a mixture of full-time and part-time desk spaces.

Meanwhile, the chief executive of online payments platform Tyro – Jost Stollmann – has called for a thousand fintech startups to be created in Sydney in the next two years.

“Leave your cosy corner office and give yourself a chance,” he previously told StartupSmart.

“Join the startup community, team up with techies, have a dream and deliver against all the odds. Prove all those sceptics wrong. If we are going to catch up with the Londons and New Yorks of the fintech world, we need 1000 startups in the next two years.”

With this in mind, here is StartupSmart’s pick of the fintech startups to keep an eye on this year.

Crowdfunding is taking off in places like the US and UK, with Australia set to introduce its own equity crowdfunding framework.

Peer-to-peer lending allows investors to lend a fraction of a normal loan directly to a borrower without the need for another party such as a bank.

SocietyOne claims to be the first and largest P2P lender in Australia. Last year it snapped up more than $10 million in funding from the likes of Rupert Murdoch and James Packer.

A few years ago, bitcoin was a mystery to most people. Now you can purchase your coffee using the virtual currency.

Bitcoin startup CoinJar makes the list because it opened an office in London’s financial district last year, and has also updated its iPhone app in a bid to make bitcoin more accessible to the general public.

Melbourne startup Moula recently scooped up $30 million in Series A funding in order to sustain its impressive growth.

Last month the platform was processing more than $200,000 worth of loans to small businesses each week, but now that figure has more than doubled. The company plans to use a portion of its raise to educate the SME market about its brand and fintech more generally, therefore increasing its growth potential.

The majority of fintech startups are tackling the lending and investment sectors. However, Easyshare is an early-stage startup with the potential to become a household name for the growing number of Australians in the rental market.

The company is an online share payment platform looking to take the stress out of multiple people paying rent or the one bill. The startup also has plans to tackle the commercial property space.