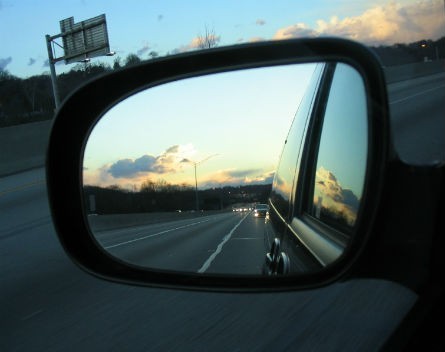 For startups, the end of another year is a time to pause and reflect on the challenges they have had to embrace head-on.

StartupSmart spoke to a number of entrepreneurs about what they learnt this year as well as what they wished they had done differently.

1. Leveraging the power of data sooner

Bosco Tan, cofounder of budgeting app Pocketbook, told StartupSmart the biggest thing his company learnt this year was how important data is for a tech startup and how that can be used to create value for customers.

“At the start of the year we thought data would be valuable and we could do things with it – but it wasn’t until we progressed through the year that we understood how powerful it can really be,” he says.

“Given what we do, we can very easily understand who among our users perhaps don’t have the best situation or aren’t getting the best products and offers for their core products they use. A lot of people are paying way too much more than they should for, example, mortgages.”

Tan says there is a clear relationship between growth and unlocking data, and as the year went on this became more and more apparent.

“I wish we knew about that in February,” he says.

“We’re still trying day by day, week by week to really understand and cover the mindset of a customer and user. I think that’s still very much the key for a business – not necessarily how they use a product but how they use your product in [a wider] context.”

Catherine Eibner, cofounder of time-lapse photography app Project Tripod, told StartupSmart like many tech startups she and her co-founder weren’t quite sure how people would use their product initially.

“As a result we lacked focus,” she says.

“We made some sweeping assumptions early on about what features we thought were important and then built them all. Fortunately, once we got the Windows phone beta version into people’s hands we were able to learn how and what they used the most.”

Eibner says launching a leaner product would have allowed her and her co-founder to spend far less time and money on their startup’s initial development.

Eibner says while she has learnt many things this year – such as the value of good mentors and how to avoid “founder burnout” – another key learning curve has been managing her time as a founder.

“Often as a cash strapped time poor startup founder, it seems easiest to just roll up your sleeves and do things yourselves,” she says.

4. Understanding how to persevere

Joel Macdonald, founder of fast-paced delivery startup Swift, says one of the major things he learnt this year was the importance of perseverance.

“It gets really hard at times and you don’t often know that good is just around the corner when you push through,” he says.

“When you are solving that challenge it might seem overwhelming in that moment and time but having the resilience to push through and find a solution… is amazing.”

5. Not being afraid to think big

Macdonald says his other lesson from 2014 was to not be afraid to embrace larger concepts and the idea that they will succeed.

“I didn’t think we thought big enough to start with,” he says.

“We went to market with a company called Liquorun that only delivers liquor, but there was a massive logistics issue at play that was staring us right in the face. In hindsight I think we would have gone to market with a less limiting company name so it would have been a bit easier to pivot rather than create a new company.”