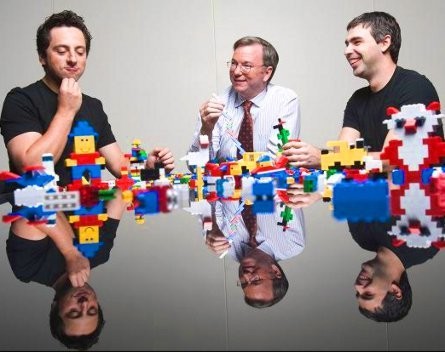 Finding a co-founder is one of those things that can happen in an instant or it can take months of fruitless searching.

While a lot of it depends on an entrepreneur’s networks and specific requirements, it seems there is also an element of luck involved, and not everyone is fortunate enough to find their co-founder in a chance meeting.

Indeed, some entrepreneurs go to great lengths to find the perfect co-founder.

Melbourne-based entrepreneur Marc Harrison offered a $2,000 bounty during his hunt for tech co-founders, while Sydneysider Ryan Wardell set up Cofounder Speed Date following his own struggle to find a sidekick.

Even start-up powerhouses like Pollenizer have been known to put the feelers out for co-founders.

Earlier this week, Pollenizer said it was seeking co-founders for four of its start-ups. And these start-ups aren’t duds either.

One would involve a partnership with a Skype co-founder while the other would involve working with the former chief executive of CareerOne.

It’s also worth noting an increasing number of accelerators have specific requirements regarding co-founders.

In January, StartupSmart spoke to Australian start-up 7write.com about its struggle to find a third co-founder after being selected as a finalist for Startupbootcamp Amsterdam.

On its website, Startupbootcamp Amsterdam says it prefers teams with three or more founders.

“You can apply with two founders but to really accelerate your start-up we prefer a strong team of three people,” it says.

“I think we’ve learnt some lessons from the last round,” AngelCube co-founder Adrian Stone told StartupSmart in April.

“We had too many sole founders and quickly realised being a sole founder is too much of a big task… [in a three-month program].

“[We realised] our program is not going to happen for a sole founder. We’re looking much more at teams.

“I think what we’ve learnt is one founder is too few and four is too many. The jury’s out on whether two or three is right.”

This means more start-ups are scrambling to find good talent, and find it fast.

One entrepreneur facing this predicament is Tablo Publishing founder Ash Davies, who was named Best Young Entrepreneur at the 2013 StartupSmart Awards in March.

Tablo Publishing helps authors publish their work from anywhere in the world and reach a global network of iBookstores.

Davies, who has been accepted into the AngelCube program, told StartupSmart he is looking for a tech co-founder.

“I am now four weeks into [the program] and working very hard and am at the point now where I could go a lot further if I had someone alongside me,” Davies says.

“I’m looking for someone with great technical skills who can build applications but also someone with a strong sense of vision.

“The biggest thing I’m looking for is someone who is able to learn fast.”

Davies admits it is a tough process.

“It’s like dating. You’ve got to match the personality as much as the skills,” he says.

So how does one find a co-founder? StartupSmart spoke to Pollenizer co-founder Mick Liubinskas to determine what’s involved.

Liubinskas says Australian start-ups don’t have the luxury of waiting for the right person to present themselves, so if you need a co-founder you have to make it happen.

“Being in Australia we don’t have what the Valley or Israel have, where you can find lots and lots of co-founders waiting to take the risk,” he says.

“You want to find someone who’s so good they could possibly do it by themselves. The thing I encourage people to do is go to as many events as possible.”

“Say to people, ‘Hey, when we have a cup of coffee let’s sketch out one idea’,” Liubinskas says.

“Try to work together as quickly as you can but don’t make [the project] so small that people can give it up easily. Be very aware that’s not going to give you [what you need].”

Make them an offer

“You have to have a clear idea and pitch it very strongly. Be specific about what you do and drive it as much as you can. You also need to put out an attractive offer,” Liubinskas says.

“If you’re a non-technical person who’s really trying to get started, you may have to give them more equity.

“You also need to make sure any equity is vested and that should apply to you as well. At Pollenizer, everyone’s equity for effort is earned over time.”

Do as much as you can beforehand

Finding any kind of co-founder is difficult, says Liubinskas, but finding a tech co-founder is particularly tricky because they are in such high demand and therefore receive lots of offers.

In this situation, Liubinskas says entrepreneurs should attempt to do as much of the work as they can on their own.

“Good entrepreneurs will always find a way and that’s part of the fun,” he says.

“There are a lot of platforms where you can do manual testing without building a product. Once you actually start building, everything can actually slow down.

“The more progress you can make in building a product, the more attractive it’s going to be for a co-founder and the easier it is for them to know what they need to build.”

While it can be tempting to hire the first person who looks your way, Liubinskas says entrepreneurs must ensure the co-founder they choose is the right one for their start-up.

“It’s tough with so much competition around… Do it slowly and carefully rather than doing it recklessly – that’s the main thing,” he says.