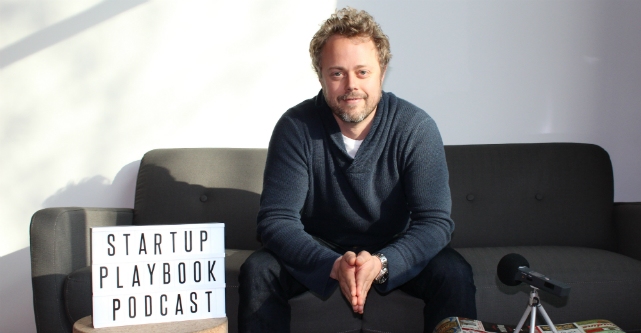 Recently I had the pleasure of interviewing Justin Dry, the co-founder and co-CEO of
group buying wine deal platform Vinomofo. which recently closed a $25 million round of funding.

Although Vinomofo is now seen as one of the biggest success stories to come out of Australia, this was not always the case.

In the podcast interview, Justin shared what he described as their “lean years”, when he and his co-founder (and brother-in-law), Andre Eikmeier, struggled with different
business models as they tried to make ends meet.

They pivoted four times over four years before they found the right fit.

He also shared how Vinomofo grew its community to close to half a million followers, how they choose between multiple investment options on the table and much more.

The interview was tremendously insightful and Justin was very open about the story behind how Vinomofo started and the keys to the success of the company.

Here are my five main takeaways:

1. Be passionate about your problem

It’s often said that to be successful in a startup, you should build a business around something you love.

Justin and Andre are clearly obsessed with the wine industry and that was a big part of their ability to stay resilient over four years. It’s never easy dealing with financial pressures especially when you add on additional responsibilities of caring for family members and children.

Over the four years, both Justin and Andre came close to quitting several times, but their passion for the industry kept them going over that difficult period.

2. The power of building a community

Although Justin and Andre did not find a way to effectively generate revenue from their earlier business models, they did have a strong and engaged audience of followers that they built trust with over a four year period.

This strong connection to their “Mofos and Moffettes” has allowed them to build and scale their business quickly, with their community acting as evangelists for the company, helping them spread and grow early on without the need for a large marketing budget.

One of the things that Vinomofo is best known for (and that gives them a competitive advantage in the space) is their authenticity and the consistency with which they stick into the parameters of their brand.

This covers everything from the way they talk to their customers, how they serve their
customers and also the type of products they make available on their platform.

There wasn’t a thought process in the tone of voice used by Vinomofo to target a specific audience or demographic. They have built a strong brand presence by being authentic to the values shared by Justin and Andre which is then translated across the business.

It seems simple enough, but when you are operating your startup, it can get difficult to draw the line between solving your customers problem and building a solution to problems you assume (or want) your customers to have.

As Justin mentioned in the interview, they tried to build social networks and review based
platforms, but it took them four years to act on the fact that people wanted high quality wine, at heavily discounted prices, sold to them in a way that they didn’t feel intimidated.

5. The journey is just as important as the destination

From an outsider’s perspective it may seem as if the company would have been more successful if they had started with their current business model all those years ago, but Justin maintains that the business would not have been as successful were it not for the four years that they spent that time learning about how to run a business, building relationships within the industry (which allowed them to get exclusive deals on products) and building an audience that allowed Vinomofo to quickly scale and grow their business.

It’s easy to look at companies such as Vinomofo and think of them as overnight successes, but it’s important to realise all of the work, networking and lessons that it took for Justin and Andre to be in a position to take advantage of the opportunity they saw.

You can listen to the entire podcast interview with Justin on iTunes, Stitcher or by heading over to startupplaybook.co.