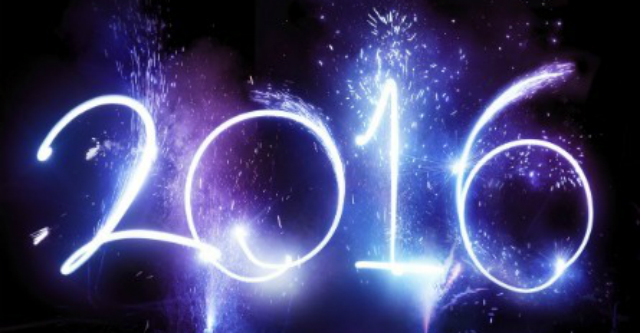 This year is set to be a flagship one for virtual reality, mobile payments and artificial intelligence according to new study on 2016 tech trends from Deloitte.

The annual Predictions for the Technology, Media and Telecommunications sector study includes perspectives from “hundreds of conversations with industry leaders and tens of thousands of consumer interviews across the globe” and lists a number of fast-growing trends in each sector and how companies should be capitalising on them.

According to the study, the number of people using touch-based mobile payments will jump by 150%, 80 of the world’s 100 largest enterprise software companies will be utilising AI and virtual reality will enjoy its first billion dollar year.

Although 2016 will still see VR technology mostly restricted to a core gamer demographic, Deloitte predicts it will be the first billion Aussie dollar year for the industry, with $US700 million coming from sales of headsets and the rest from content.

The study says now is the time for startups to be investing in the technology.

“Virtual reality is a fantastic innovation which can demonstrate the cutting edge of what technology is capable of today,” it says.

“The dream of being able to teleport anywhere just by donning a pair of goggles might prove enough for some to continue using VR on a daily basis. The ambition to deliver on this dream is likely to keep many companies investing in the goal of making VR a commercial and virtual reality.”

Despite the impending milestone, things are only starting to kick off for this emerging technology.

“VR’s potential is unlikely to be reached imminently; as with all emerging technologies patience is required,” the study says.

2. Mobile payments to hit the mainstream

The study predicts there will be 50 million regular users of third-party, touch-based payment services on mobile by the end of the year – a 150% increase from 2015.

This will serve to remove the “grit” from buying things on mobile and is seen in the likes of Apple Pay and the Android Wallet, which both launched in Australia recently.

“Touch commerce reduces significantly the time taken from browsing to transaction on a mobile phone and on an app or website which the customer has not used before, to mere seconds from tens of seconds or even minutes,” it says.

It says startups operating in the ecommerce space should strive to increase their customers’ knowledge of this simple option.

“Retailers should educate the market on the existence of touch ecommerce and encourage first-time usage, perhaps by offering small discounts for doing so,” the study says.

“Marketing campaigns should show how fast-touch payments are but also explain how they are as secure, and possibly more so, than conventional check-out process.”

3. Diversity gap in tech to get even worse

By the end of 2016, less than 25% of IT jobs in developed countries will be held by women, the study predicts.

That’s a number that’s even less than last year.

“Gender imbalance in IT has been recognised as an issue since at least 2005,” the study says.

“One might have expected some improvement since then and perhaps even faster changes since 2010, when there was a surge in articles about women in technology jobs. That has not been the case.

“Lack of gender diversity in IT is both a social and economic issue. Global costs may be in the tens of billions of dollars.”

It lists areas for startups to address such as recruitment, hiring practices, retention methods, paying and promoting and tackling the pipeline problem.

4. Most large enterprises will be using artificial intelligence

By the end of the year, 80% of the world’s largest enterprise software companies will have integrated cognitive technologies in their products.

“We expect that the cognitive technologies that will be the most important in the enterprise software market in 2016 will be: machine learning, natural language processing and speech recognition,” it says.

This AI will be used to perform tasks that were formerly only able to be completed by humans, and this will improve core functionality, generate new insights and automation.

“The potential benefits in terms of ease of use, enhanced performance and improved insights are simply too compelling for software providers to ignore,” the study says.

“Startups may offer models of how to employ these technologies to make products easier to use, automate functions intelligently and generate greater insights from data,” it says.

5. Mobile games will be less lucrative for startups

The study says the average revenue for mobile games will vary significantly and most likely fall, especially for freemium games that rely on in-app purchases, which could generate “no revenue at all”.

Despite this, it predicts mobile devices to become the leading gaming platform in terms of revenue.

“The mobile games industry as a whole should thrive in 2016 but the outlook for individual mobile games developers is likely to be far more varied,” it says.

It advises startups to either hope for a lucky big hit, align with a major publisher or focus on the console and PC market which is more accustomed to paying for games.